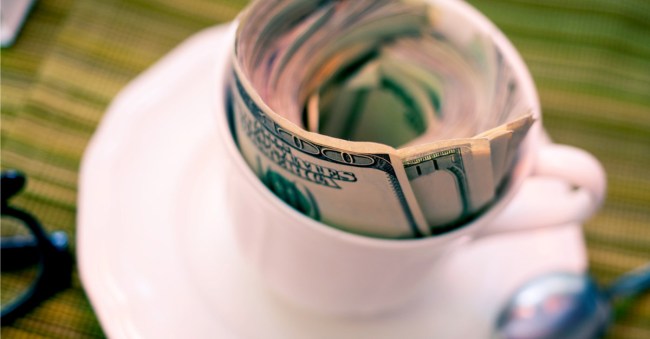 The Acorns 2017 Money Matters Report finds that of those Americans polled, over half save $50 or more each month and 37% report that they already invest. Respondents were evenly split between those who feel confident or hopeful about their financial futures and those who feel depressed, or anxious. And a third of survey respondents said they don’t have enough money to start saving, with one in four not saving at all.

“We’re driven by the belief that anyone can grow wealth. Our report shows that Americans are taking small but important steps to save and invest,” says Acorns CEO, Noah Kerner. “They’re motivated to take care of their financial futures, and it’s our purpose at Acorns to provide the tools, knowledge, and access to that make it possible.”

Most respondents said they rely on friends and family for advice and information about managing their money, citing published articles and educational videos as the next most important sources. When polled, people would be most apt to take financial advice from Warren Buffett, followed by Oprah Winfrey with President Donald Trump next.

Other key trends revealed by the study:

— Sorry, HBO. Three quarters would forego the final season of Game of Thrones in exchange for $1000.

— Cutting the cord and caffeine. For $1,000 in savings, 75% are more likely to go without internet for a week and coffee for a year, ahead of working more hours or jail time.

— We’d rather talk about our weight. Almost 70% of respondents would rather share their weight than how much money they’ve saved. That’s 72% of men vs. 64% of women.

— But we do still love our coffee. Over a third spent more on coffee last year than they invested.

— And we love gifting. 44% spent more on holiday gifts than they invested.

— Travel is important too. 37% spent more on vacations than they invested.

— People before money. When asked how we spent the most time in 2017, personal relationships ranked first for nearly half of respondents, financial security last.

— We’ll be working longer. 31% of us don’t think we’ll be able to retire. For some, it’s a choice. One in ten don’t actually want to retire.

— As a result of the political climate, 58% of respondents want to save or invest their money and 30% are inclined to hide their money under a mattress.

Understandable. Here’s more of what they discovered… 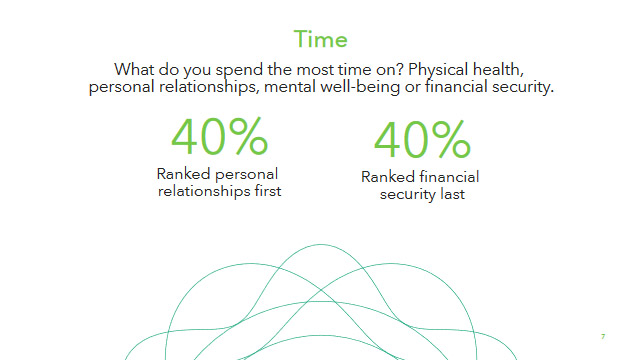 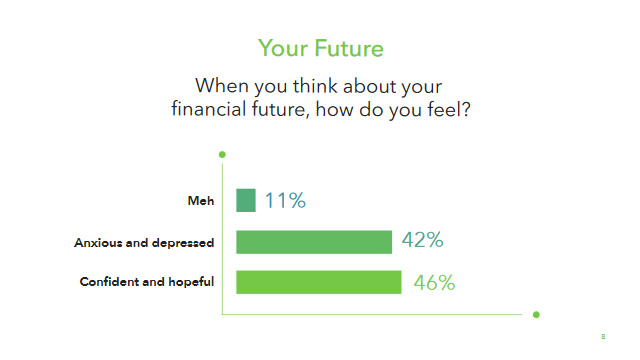 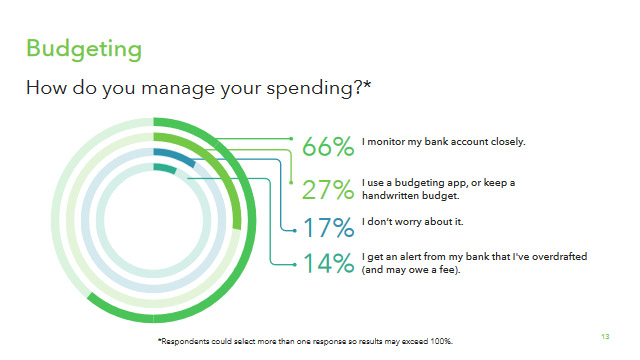 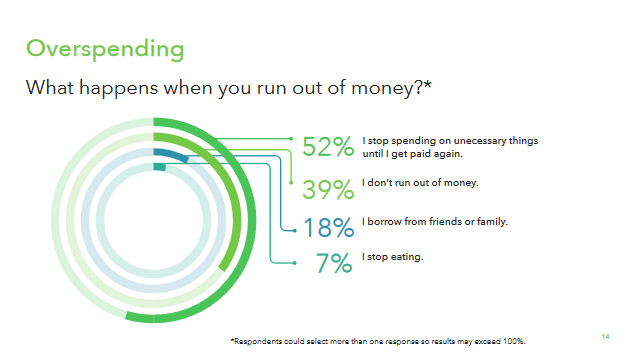 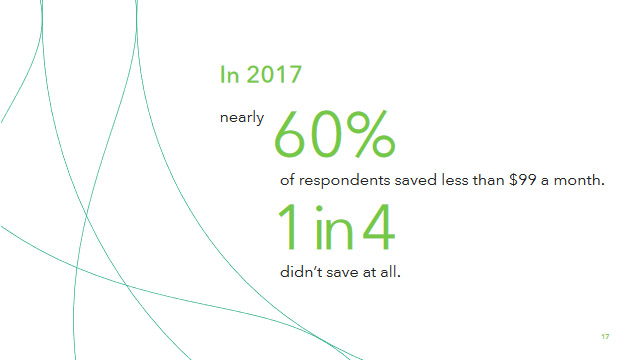 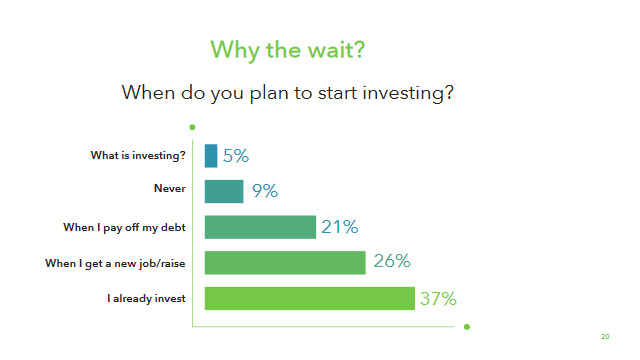 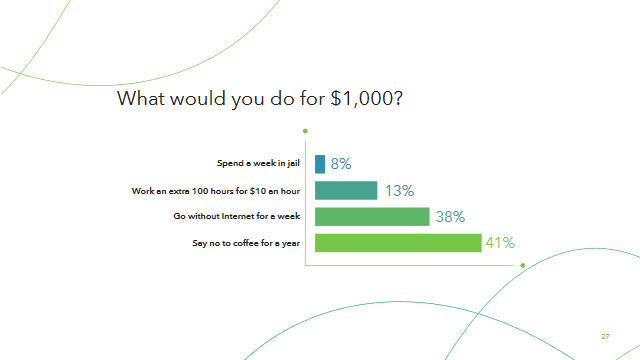 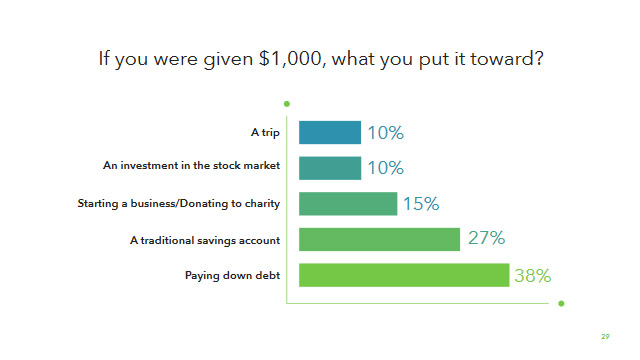