Monkeys Stealing Medicine In The Midst Of A Global Outbreak Actually Happens Quite A Lot, According To Movies 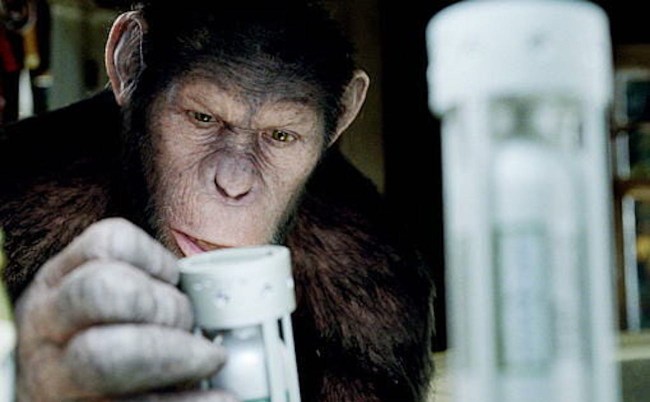 On Friday, in the midst of our society collapsing around us, reports out of India indicated that — and I’m quoting Reuters here — a group of monkeys “attacked” a medical official and “fled with the blood samples of four patients who are undergoing treatment.”

The attack occurred this week when a laboratory technician was walking in the campus of a state-run medical college in Meerut, 460 km (285 miles) north of Lucknow, capital of Uttar Pradesh state.

“Monkeys grabbed and fled with the blood samples of four patients who are undergoing treatment … we had to take their blood samples again,” said Dr S. K. Garg, a top official at the college.

Authorities said they were not clear if the monkeys had spilled the blood samples, but people living near the leafy campus feared further spread of the virus if the monkeys carried the samples into residential areas. [via Reuters]

Now, usually, something like deranged monkeys attacking and robbing a hardworking and crucial medical professional in the midst of an unprecedented global health emergency would come as a surprise, but as it turns out, the simulation we live in has been subtly preparing us for years, as it turns out this sort of thing happens, like, all the time in movies.

THIS IS BASICALLY THE PLOT TO THE MOVIE 'OUTBREAK'. MONKEYS!!!! https://t.co/xaAEHV3eG9

Bruh, this is literally the plot of Rise of the Planet of the Apes. https://t.co/TNYI4vHpjJ

If I had to pick which of these dystopian movies I’d actually have to live through, I suppose I’d choose the Planet of the Apes version of the apocalypse. Sure, the apes would likely wipe the floor with us, but at least we’re being taken down by a sentient being as opposed to just some faceless disease. Right?