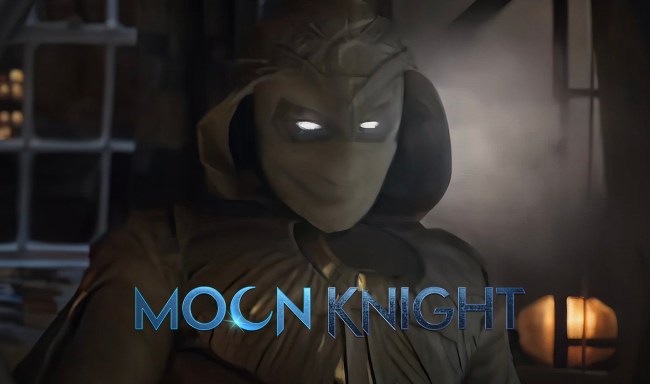 The first official trailer for the Marvel Studios series Moon Knight, which will stream on Disney+, was released during halftime of Monday night’s Super Wild Card Weekend matchup between the Los Angeles Rams and Arizona Cardinals. Oscar Isaac stars in the series as Marc Spector/Moon Knight, while Ethan Hawke will feature as the show’s primary antagonist. The series is set to premiere on Disney+ on Wednesday, March 30.

Real name Marc Spector, Moon Knight is a character that’s long been compared to Batman, although the two aren’t as similar as their looks might suggest, primarily because Spector has dissociative identity disorder — in addition to the personality of Moon Knight, Spector also masquerades as the millionaire entrepreneur Steven Grant and the cab driver Jake Lockley — and features more supernatural elements.

Moon Knight will be the first Marvel Cinematic Universe series to hit Disney+ in 2022, following a 2021 that saw five original MCU series hit the streaming service. Later this year, She-Hulk — which is rumored to feature appearances from Charlie Cox’s Matt Murdock/Daredevil — will hit the service, followed by Ms. Marvel and a potential second season of What If…?. The Guardians of the Galaxy Holiday Special will also release this year, with rumors of the Samuel L. Jackson-starring Secret Invasion dropping as well.

In addition to Oscar Isaac and Ethan Hawke, Moon Knight is also set to star May Calamawy in an undisclosed role.