Whoops, I Might’ve Given The ‘Deadpool 3’ Writers The Idea To Put A ‘Morbius’ Joke In The Movie 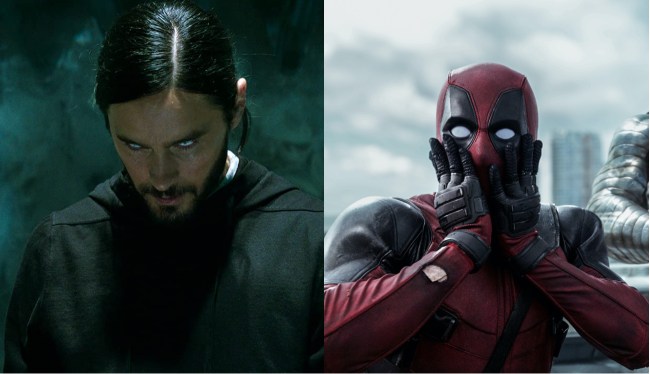 While screenwriters Rhett Reese and Paul Wernick are known for their work on the Deadpool franchise and the Zombieland franchise, or perhaps even their new Netflix movie Spiderhead, I’m of the belief that the 2017 space-horror film Life is their most underrated work.

That film, which starred Jake Gyllenhaal, Ryan Reynolds, and Rebecca Ferguson, was directed by Daniel Espinosa, who most recently helmed the instantly infamous Morbius.

After spending a couple of minutes gushing about Life, I asked Wernick and Reese what they think of the memes that have overtaken their old co-worker’s film, to which they replied that not only have they yet to see the film, but they haven’t seen any of the memes, either.

However, “now that it’s on their radar”, if a Morbius joke does pop up in Deadpool 3, you’ll have us to thank… or blame.

In addition to their admission about Morbius, the pair also gave us updates on some projects their working on, such as a series about “New Coke” at AppleTV+ and a movie about the McDonald’s Monopoly scam titled McScam.