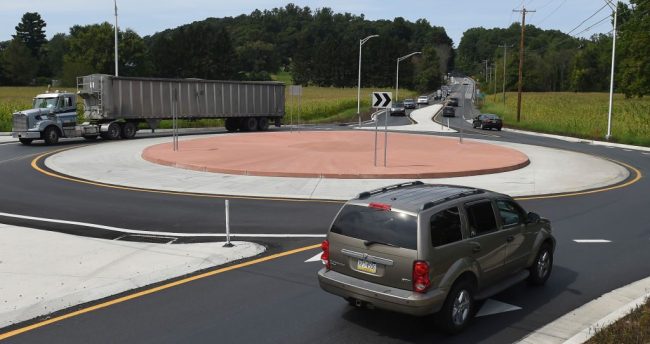 Roundabouts are an easy fix to chaotic intersections. The circular junction permits road traffic to flow in one direction around a central island and priority is given to vehicles that are already in the circle. It’s a pretty easy thing to figure out once you’ve done it once or twice, but they aren’t exactly common in the United States and there are estimated to be only about 7,100 in the entire country. Thus, the first time through might be a bit confusing and folks in Rowan County, Kentucky found that out over the weekend.

The intersection of Routes 60 and 801 in Morehead, Ky. sees around 4,000 cars drive through each day. Not only is it one of the busier roadways in the area, WKYT reports that it’s one of the most dangerous. This particular intersection has a history of devastating collisions and the town council decided to install a roundabout that would help keep traffic flowing while reducing the severity of crashes.

As soon as the project was announced, social media exploded. Apparently, the intersection is popular for people who are coming back from Cave Run Lake with large RVs and boat trailers. Many of the disgruntled felt that the roundabout would not allow them to easily navigate around with their lake-focused vehicles. Others felt it was a waste of money. 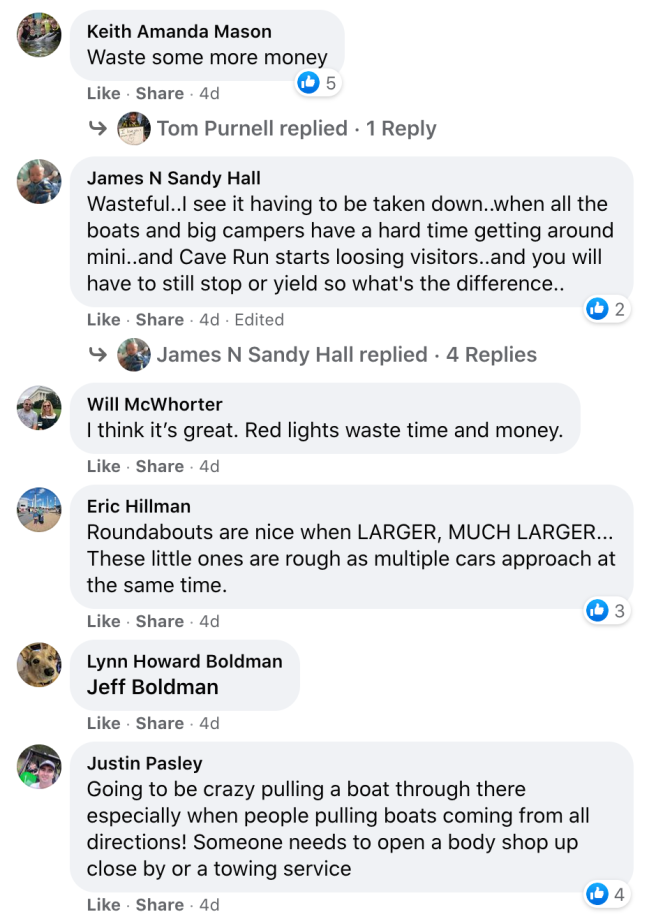 Those who had their concerns about easy navigation for larger vehicles had some of their thoughts validated. Immediately after the traffic circle opened last week, a semi truck got stuck. Naturally, everybody who was opposed to the addition in the first place took the opportunity to remind everyone publicly that they were right, which is great— but they’re not going to tear down a roundabout to put up another dangerous four-way stop. So…

While the grounded rig wasn’t ideal, it was the least of the problems. Local drivers are also struggling to navigate the roundabout, but not because of the size of their vehicles. They just don’t know what to do. Instead of trying to explain what is happening, it’s best just to share a video of the chaos. Cars are driving on the wrong side of the road and it’s a hilarious free-for-all.

The first car in the video is a truck towing a boat, which sets off a chain reaction of incorrect driving. From there, the others follow. Of the entire 46 second clip, by a very loose count, success rate lands around 50%, which isn’t great considering the potential ramifications of a wrong turn.

Despite an attempt by the Kentucky Transportation Cabinet to educate its drivers on how to properly navigate a roundabout, it looks like it will take some getting used to. Until then, the angry locals will surely continue to shout into the online abyss.