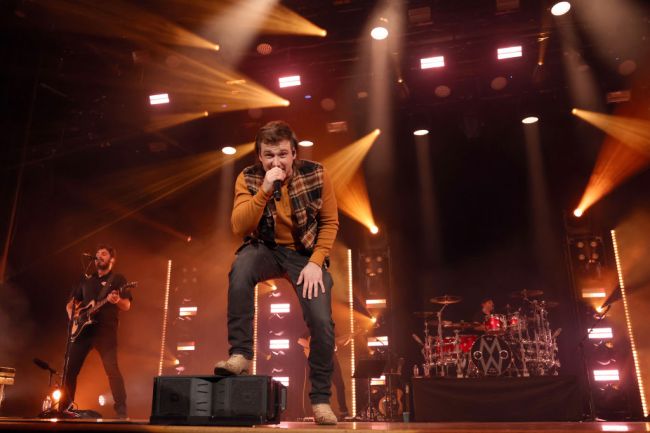 You never know who you’re going to bump into at a bar in Nashville. The city fully opened in spectacular fashion last month and the biggest stars in country music have made their way down to Broadway.

Luke Bryan was seen performing at his bar and Kid Rock has been partying with HARDY. Miranda Lambert also invited a who’s who to the grand opening of her new bar— the first female-owned honky tonk on the famous Music City street.

Jon Pardi, Jason Aldean, Darius Rucker, Tyler Farr, Lady A’s Charles Kelley, and the Pistol Annies were among those in attendance. Included at the bar-opening event was Morgan Wallen, who has had an eventful year.

Wallen, 28, was caught on camera using a racial slur earlier in 2021 and was immediately removed from airwaves across the country. He was also suspended from his record label Big Loud.

After taking some time off and staying out of the media, Wallen posted an apology in April. He also announced that he was removing himself from Luke Bryan’s upcoming summer tour and would not be performing this year.

That, however, hasn’t stopped him from popping up around Nashville for some drunken, late-night performances. The most recent came on Wednesday at Jason Aldean’s bar, where he sang (more so, sang along) his hit song “Wasted On You.”

Wallen’s unplanned bar concert came just a day after he played a round of golf with Eric Church.

The concert also wasn’t the only one this year. Last month, almost a year after getting arrested at the same bar, got drunk with Kid Rock and hopped on stage at his bar. He was visibly more intoxicated then than he was on Wednesday, but you know he had a few beers (and/or whiskeys) in him either way.