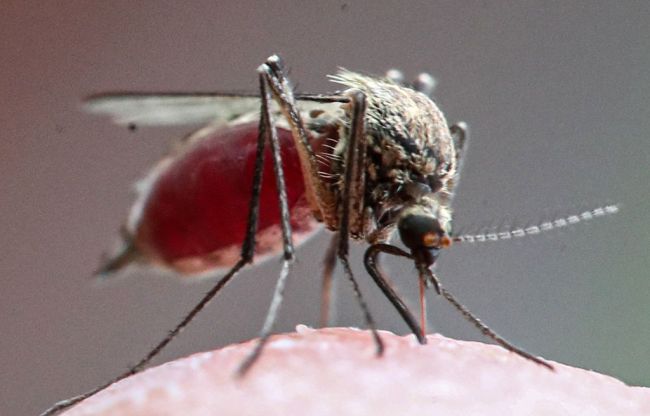 Russia never ceases to amaze with how truly wild of a country it is. Over the weekend, millions of mosquitos invaded the east coast of the Kamchatka Peninsula and wreaked havoc.

It was a horrifying scene. Infinite insects swarmed off of the coast of the Bering Sea and formed swirling, tornadic pillars.

They looked like mosquito tornados. Resembling a plague of biblical proportion, the insane amount of gathered bugs literally blocked out the sun.

Locals in Kamchatka said that this is a regular, yearly occurrence in the region.

The locals say that they are used to it, but it is hard for me to imagine that life can proceed as usual when there are that many bugs throughout the region.

Impressive 'tornadoes' of swarming mosquitoes over the settlement of Ust-Kamchatsk, eastern coast of the Kamchatka peninsula. This is an annual event, and local residents are more than used to it, but they agree that it might cause a bit of panic among unprepared visitors pic.twitter.com/lnXr2Cq7Iw

An entomologist in the area explained that it is nothing to worry about and that it happens during mating season.

‘These are male mosquitoes swarming around one of several females in order to mate, there is nothing wrong about this phenomenon’, entomologist ⁰Lyudmila Lobkova from @kronoki reserve told Kamchatka Inform on the recent sighting of mosquito 'tornadoes' at the Kamchatka peninsula pic.twitter.com/aKeDi8LFlM

While that is all fine and well, I will choose to avoid the eastern part of Russia in the summer for the rest of eternity.

And though it is considered normal behavior amongst Russian mosquitos, the amounts in which they are gathering is a sign of global warming.

Climate change has caused rising temperatures, which have caused mosquito populations to live longer. The logic chain makes sense for why it happens, but mosquito tornadoes should not be a thing ever.

Especially because locals say that repellents don’t work. No thanks.