Mosquitoes Are Coming For Beer Drinkers This Summer 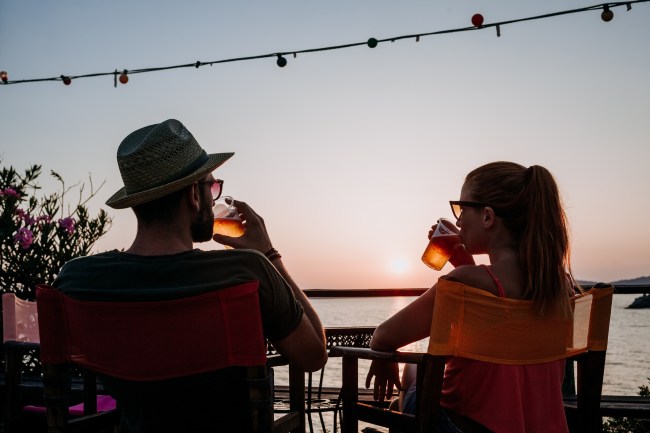 If there is a bit of good news we are pleased to share, it’s that, at least for the moment, it appears the summer of 2020 will get underway in some capacity later this month. Yesiree, after spending the last umpteen long-ass weeks on lockdown, unemployed and testing the true bounds of our liver function, the country, for better or worse, is doing its best to get back to work and onto some level of normalcy. Does this mean that all of us are finally safe from having our lungs turned to a puddle of snot? Well, no, not exactly. It’s not that the global health crisis that put us in this insane position is in any better shape – it’s not by a longshot — but the dipshit nation has grown tired of sitting around the house going broke and it has decided to take its chances.

On the bright side, however, all of the backyard barbecues, boating excursions and other drunken warm-weather activities that we red, white and blue-blooded Americans typically look forward to while going stark-raving mad during the winter months are probably going to get rolling come Memorial Day weekend. And it’s going to be a wild one this year, too! The population is definitely going to make up for lost time. Now, if we can just get through the next few months without being eaten alive by a ravenous scourge of beer-thirsty mosquitoes, we’ll have it made.

That’s right, boys, forget about Murder Hornets and the mysterious ways of the Rona, beer-seeking mosquitoes could be the tyrant that makes our summertime shenanigans a living hell. Just take a look back to all the times when you were outdoors with a cold one in hand. If you ever felt like those pesky, dick-nosed insects were attacking you more aggressively than your sober buddies, it’s because they were. Science says our beer-soaked blood drives these evil, little bastards to drink.

Several studies conducted over the years, including one from the department of biodefence medicine at the Toyama Medical and Pharmaceutical University in Japan, indicate that mosquitoes are annoying lushes reminiscent of a trophy wife in an alimony state. If a man’s been drinking, they just won’t stop sucking until they have the last drop of his blood and sanity. Only there’s no swinging dick of an attorney or creative prenup in the entire universe powerful enough to prevent a suds-sucking mosquito from draining a man dry. Not unless he wants to kick back with a water, tea or some other boring, non-alcoholic beverage while his buddies get sloshed.

Considering that we’ve all been cooped up for months and are now full-blown alcoholics, what are the chances of that?

But listen, it’s not only heavy drinkers that have become a hard target for mosquitoes. A study published in the Journal of the American Mosquito Control Association shows that a single 12-ounce brew is enough to get those pests a swarming and sucking like a couple of pay-to-pork senoritas holding it down at a Tijuana brothel. So even if a man does an admirable job moderating his beer consumption – and by admirable, we mean that he chumps out — chances are his sweat is still going to summon the skeeters. We might as well get hammered and hope for the best.

It’s not just that waking up hungover all covered in mosquito bites is no way to live. Much like having a trophy wife, these winged micro-vamps can also spread diseases. They can carry malaria, zika, dengue and other variations of the ick, all of which are responsible for over a half-million deaths every year, according to the World Health Organization. Fortunately, there’s not yet any evidence that these beer-seeking swamp devils can spread the dreaded C-19. That’s because even if a mosquito bites an infected person, the illness cannot survive long enough there to cause problems.

But don’t take that for gospel. After all, health officials didn’t think that shit could be spread through sex either, but it’s evidently showing up now in our man fluids. Call us paranoid, but if we can get sick by simply swiping a credit card at the liquor store, then we aren’t trusting mosquitoes, trophy wives or anything else for that matter. And since we’re not about to give up beer anytime soon, well, we’ll probably just drop some of our stimulus check on skeeter repellants. Or we could say “fuck it,” and let them dive right in. Why not? As much booze as we’ve been knocking back as of late, there’s no fucking chance the ankle nippers have the tolerance to hang.