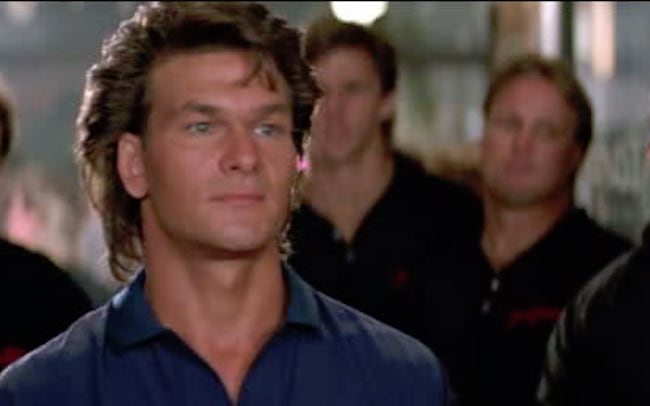 Netflix first started giving its customers the ability to stream video back in 2007 and I remember being fairly skeptical that it would catch on. As is the case today, there were only certain titles that you could choose from and the consistency of the quality left a little bit to be desired, so I decided to stick with my trusty DVDs. It took a little bit, but the company worked out the kinks and it ushered in a new era of entertainment by spearheading one of those advancements that changes the game so much that you don’t even remember how you functioned without it.

The ease and convenience of streaming were obviously the primary drivers for it almost ubiquitous adoption but there was one other factor that can’t be ignored: telling cable providers to go fuck themselves. After decades of being gouged by companies with no real competition to speak of, consumers finally got a chance to collectively pull a Randy Quaid in Independence Day. and took full advantage.

Things have sort of begun to come full circle thanks to an increasingly fractured landscape shaped by the proliferation of new services boasting exclusive content that you formerly only needed a Netflix account to watch. As a result, the price of the individual subscriptions required to get access to everything you want has begun to inch closer and closer to the prices that caused cord-cutters to quit cable in the first place.

I don’t watch TV nearly enough to justify how much I spend on my monthly package but it does have its perks, and strangely enough, one of the things I like the most about it is the reason that contributed to people abandoning it in the first place. Agency was virtually nonexistent prior to streaming—you watched whatever was on at whatever time it was airing—so it’s no wonder people flocked to the option that allowed you to pick from countless options at any time of day.

However, this embarrassment of riches eventually spawned what I’ve seen referred to as the “Netflix Dilemma,” which involves being presented with so many options that you can’t force yourself to decide on a single one, which results in you spending more time looking for something to watch than you actually spend watching the episode of The Office you inevitably settle on.

As a result, I kind of love having the option to turn on my cable box and pick from an incredibly limited selection of movies that all started at least 10 minutes before I started browsing, often sitting through one I could’ve watched for free, without commercials, and in its entirety if I’d just turned on my PS4. It takes me back to the old days where you just kept flipping through the channels looking for something to watch before inevitably encountering The Mummy on TNT and stumbling upon The Shawshank Redemption when you got to AMC.

Those films are what I like to refer to as “Always On” movies, and if you ever watched cable on a regular basis, there’s a very good chance you can think of some flicks that fall under that umbrella. By the time I pivoted to Netflix, TNT had moved on to playing Con Air, The Rock, and Gone in 60 Seconds on what seemed to be an infinite loop, so when I discovered Variety recently examined the 100 films that have graced cable with the most frequency in the past year or so, I was incredibly interested to see what had changed.

According to data stretching back to September 2019, Road House reigns supreme not just in our hearts but on cable as well, as it’s graced the airwaves a collective 83 times on ten different channels since then. Jumanji‘s 77 was enough to earn the silver, while Ace Ventura: Pet Detective will have to battle for the bronze and lose it to Gladiator, as they’ve both played 74 times.

The Shawshank Redemption is still hanging in there with 35 and Nicolas Cage is still represented thanks to the 44 times Face/Off has been on, but sadly, there is nary a Brendan Fraser vehicle to be found. There is, however, a Nick Cannon vehicle, as VH1 has somehow played Drumline 28 times but I’m going to go out on a limb here and guess that trend is not going to sustain itself.