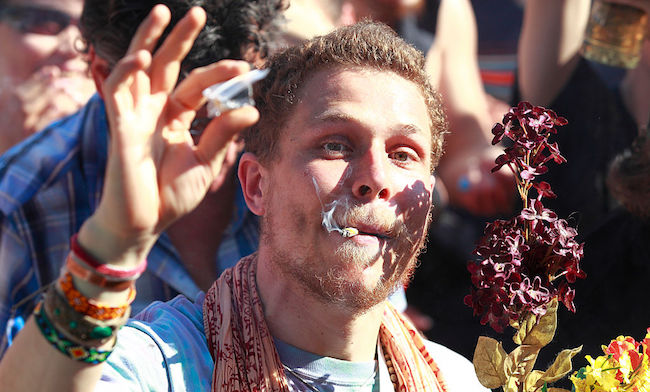 Next week, hundreds of thousands of people will make the pilgrimage to Indio, California for Coachella 2018, where a few of them will consume at least one mind-altering substance (but definitely not weed, which was banned from the festival despite its legal status in the state in a move that could result in a lot more people bringing opened bags of “Swedish Fish” with them than normal).

Coachella offers a certain degree of escapism that comes with every festival across the country, whether it’s getting an excuse to travel to a tiny island in New York City for Governors Ball or stripping down naked and finding yourself inside an art installation inspired by SpongeBob SquarePants at Burning Man. However, regardless of where you end up going, there’s a very good chance you’re going to drink, inhale, or absorbs something into your body during your time there.

TickPick conducted a survey of festivalgoers to gain some deeper insight into the use of various substances at festivals. Alcohol— which is consumed by 75% of attendees—was obviously the most popular option, followed by marijuana, which is consumed in its various forms by a little under 40% of people. However, the most interesting part of the study was the place where each individual drug had the highest percentage of popularity.

These were the results:

Drugs are tight and my references are out of control.