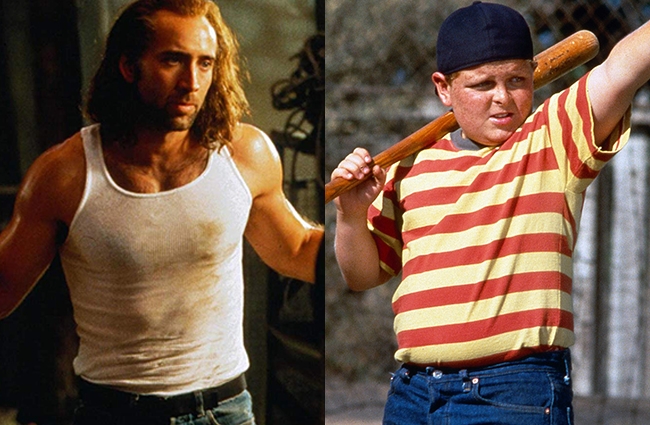 I don’t know about you, but my thumbs have gotten absolutely jacked over the past several months thanks to the amount of time I’ve spent twiddling them while trying to think of ways to entertain myself that haven’t gone extinct. Some people in the same position have seemingly managed to pull an Eternal Sunshine and forget about everything that’s happened since a pandemic burst into our lives, which is the only explanation I can think of to explain why someone would pay $25,000 to see The Chainsmokers at a time like this…or any time, really.

If you haven’t managed to wipe the current situation from your brain, it’s likely been impacted in a different way, as many of us now possess a similar mentality to the mindset adopted by characters in movies like A Quiet Place, It Comes at Night, and every other film where you’re just asking for bad shit to happen to you if you step foot into the outside world.

It comes as no surprise that there was a noticable uptick in streaming numbers when venturing into public suddenly became extremely frowned upon but it was fairly surprising that many people decided there was no better flick to watch at a time like this than Contagion, a truly uplifting film about a virus that kills over 26 million people when everything is said and done.

The closure of movie theaters and the postponement of almost every notable project that was scheduled to play in them this year also forced former moviegoers to turn to other options, and unless you somehow found the idea of shelling out $20 to watch Ben Affleck play an alcoholic basketball coach appealing, you probably had to resort to some older options.

What exactly have people turned to? We recently got a bit of insight courtesy of Business Insider, which got to examine some data provided by Movies Anywhere, a streaming service that boasts a massive library filled with thousands of titles from Hollywood’s biggest studios.

The numbers in question concerned the viewing habits of the platform’s six million users over the course of April and May, which saw a 65% increase in activity compared to that time last year. It comes as no surprise that Contagion was the most popular disaster movie—a genre that spiked 143% in popularity compared to 2019.

It also wasn’t too shocking to discover animated family films also gained some favor as parents were forced to resort to any and every option to stay sane, and hey, what better way to spend time together as a family than gathering the clan to watch a heartwarming tale—perhaps one that features a character having a miscarriage and dying before you even hit the 10-minute mark?

Interest in thrillers also popped 149% and Nicolas Cage will likely be happy to know he can make some outrageously irresponsible purchase with the royalty check he’ll receive for Con Air earning the bronze in that category.

However, there’s one statistic “m having trouble rationalizing. Sports movies also experienced a nice bump, and by that, I mean they skyrocketed to the tune of 339%.  That’s insane. Now, when you consider The Sandlot was the most popular film in that group, I guess it could have something to do with kids who wanted to know what it’s like to be able to play outside with your friends without a care in the world but it doesn’t explain those bonkers numbers.

After seeing that, I couldn’t help but think how different The Sandlot would be if it took place in our current times. I don’t know if Squints has been canceled yet for the stunt he pulled at the pool but that wouldn’t even be close to as problematic as discovering Wendy Peffercorn died from lung failure two weeks later.

Good luck getting married and having nine kids together after that.