The Most Toxic Internet Trolls In America Live In…Vermont? 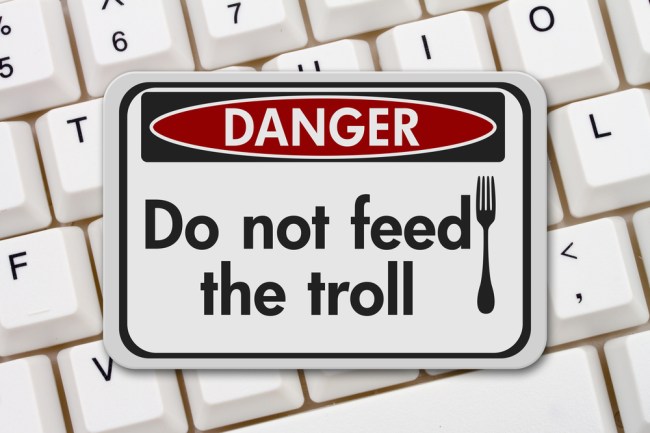 The longer you work on the Internet the number you become to criticism in the comments. Trolls believe themselves to be untouchable from behind their computer screens. They can say whatever the fuck they want without incurring any real world repercussions, and they do this while forgetting that it’s a real person on the other end that they’re insulting and/or threatening. I’ve seen literally countless comments threatening me, and a handful more threatening my family and even my dog who is a goddamn saint.

Reading the comments sucks, and you learn to stop doing it over time. People suck. And just as trolls often treat online threats and comments as if there’s not a real person on the other end it’s often easy to forget that these trolls are real people living in their parent’s basement…But where are these dark and musty basements that the trolls are living in?

Over at WIRED, software engineer Lo Bénichou worked with Disqus, the largest online commenting platform, to trace where the most toxic trolls in America are located. What they found is interesting:

Sharpsburg, GA:
The least toxic city in the US. Sadly, it’s not because scenes from The Walking Dead were shot here and zombies have eaten all the trolls. It’s just a small town, and the smaller the group, the more influence a few bad apples (or bright pennies) will have.
Park Forest, IL:
The most toxic city in the US, where 34 percent of comments are hostile. But 99 percent of those come from just two authors.
Vermont:
The proportion of crummy comments is higher here than in any other state.
New Hampshire:
Right next door, though, the home of “Live Free or Die” takes the prize for being the least toxic state in the US. (via)

They went even further than this and actually put together an entire map of the USA which shows where the most toxic Internet trolls in America are located. You can find that HERE on WIRED if you’re curious as to what the trolling looks like in your home state.

NPR’s This American Life had a fascinating podcast a few years ago about someone confronting their troll in real life. That podcast dives deep into how a person can become so deluded in their trolling that they lose any semblance of reality when it comes to attacking another human being.