Mountain Dew Is Bringing A Beloved Flavor Back From The Dead 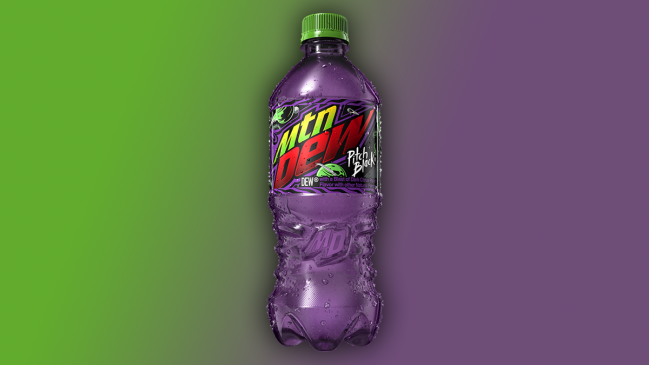 In the 1940s, a couple of people in Tennessee looking for a new mixer for whiskey dreamed up a citrusy soft drink they dubbed “Mountain Dew.”

That original recipe was tweaked in the early 1960s, and while a diet version and a shortlived flavor known only as “Red” rolled out in the 1980s, the company was largely content with riding the success of the flagship soda drinkers had come to know and love.

However, that all changed when the new millennium rolled around. In 2001, we were introduced to the cherry-centric Code Red, which ushered in a new era filled with the many, many variations that have been dreamed up by the folks at Mountain Dew over the past couple of decades.

That includes Baja Blast, which debuted as a Taco Bell exclusive in 2004 before amassing an incredibly loyal cult following. The brand has also dreamed up a number of limited-edition (and fairly head-scratching) flavors like the surprisingly palatable Flamin’ Hot option and the fruitcake-inspired soda that dropped ahead of the holidays and also paid homage to its roots with the Hard MTN Dew that was unleashed on the world earlier this year.

One of the downsides of being a Mountain Dew drinker is that you never know when one of those spinoffs is going to disappear from shelves for good, and fans of the “Pitch Black” offering know that all too well based on the fairly long saga documented by the surprisingly comprehensive wiki page dedicated to it.

Mountain Dew has had an on-again, off-again relationship with the grape-flavored soda that was first bottled in 2004 and largely disappeared from shelves in the United States in 2019. However, it appears they’ve decided to give things another shot: on Tuesday, the brand officially announced Pitch Black will be making its grand return in January 2023.