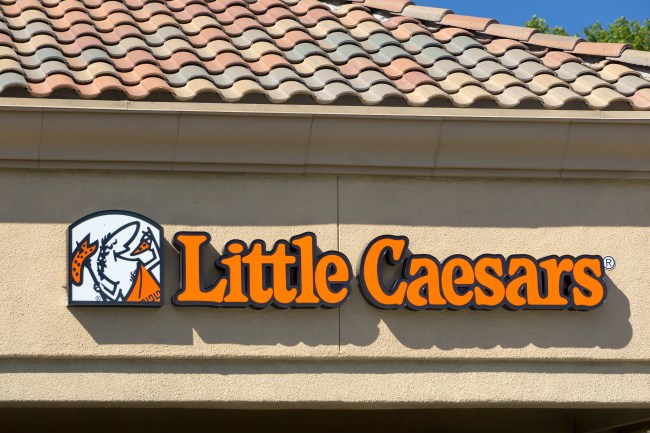 Ok, enough with the tomfoolery. This is a serious matter.

An Indianapolis couple found a whole bunch of mouse droppings baked into the crust of their Little Caesars pizza, according to Fox59.

Johnathan McNeil said he and his girlfriend picked up a pizza near the intersection of 22nd St. and Meridian St on Tuesday, and opened the box on the way home. She spotted the tiny turds immediately,

“She looked at the pizza and realized there was like doo-doo looking stuff on the pizza,” said McNeil.

The man claims he returned to the restaurant to demand an explanation from the employees.

“All of them were looking at my pizza dumbfounded as if they didn’t know what’s going on,” said McNeil, “I said ‘That’s mouse doo-doo on the bottom of my pizza.’”

L-O-L. I’d take a big ‘ol bite of rat shit pizza to have been present for that scene.

McNeil then phoned the Marion County Health Department, and an inspector suspended the business’ license.

“We did find that there were rodent droppings and violations that warranted us doing a license suspension,” said Janelle Kaufman with the Marion County Health Department. (via)

The Little Caesars was closed until Friday for a deep clean, and it re-opened earlier today.

What is super unsettling is that that particular store has had mouse problems since last August. It’s reportedly been cited four times since then, but never closed.

“I just want people to check their food and be very cautious about what they’re eating,” said McNeil.

Thanks, Mr. McNeil. But, I could have told you Little Caesars was shit before you found the shit.

P.S. It’s a damn shame I have to report this sad news on #NationalPizzaDay.