Dentists Say You Should NOT Use A Mr. Clean Magic Eraser To Whiten Teeth After TikTok ‘Tip’ Goes Viral 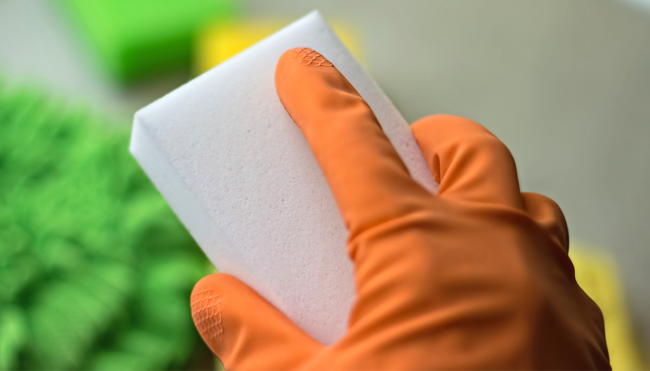 There’s an old adage that if a product is accompanied by a warning that no one with a modicum of common sense would ever even take into consideration in the first place, the disclaimer can likely be traced back to one specific idiot who did something that necessitated its inclusion.

Thanks to the internet, legal departments are busier than ever thanks to stupid people doing stupid things, but if the Tide Pod Challenge taught us anything, it’s that there’s only so much you can do to force morons to heed some of the most obvious advice in the world.

As things currently stand, every box containing Mr. Clean Magic Erasers is emblazoned with the statement “DO NOT USE ON SKIN OR OTHER PARTS OF THE BODY.” Why? Well, contrary to popular belief, the product doesn’t actually harness the power of magic to do its thing but instead relies on the abrasive nature of melamine foam to scuff out marks from surfaces.

However, that didn’t stop one TikTok user from recently revealing a teeth whitening “hack” in a video in which she used one of the Magic Erasers to polish her pearly whites.

The user prefaced the tip (which is now accompanied by a warning label of its own reading “The action in this video could result in serious injury”) by predicting dentists would label her crazy, and according to KUTV, her prophecy has been fulfilled after the clip went viral.

An orthodontist in Texas posted a video of his own in which he was forced to remind people the TikToker was essentially using sandpaper to grind off her enamel, and the outlet noted other medical professionals pointed out the Magic Erasers also contain formaldehyde and sulfurous acid, which are normally things you want to avoid putting into your mouth.