Mr. Freeze Rumored To Be Next Batman Villain To Be Given ‘Joker’ Treatment, Studio Reportedly Eyeing ‘Star Wars’ Lead 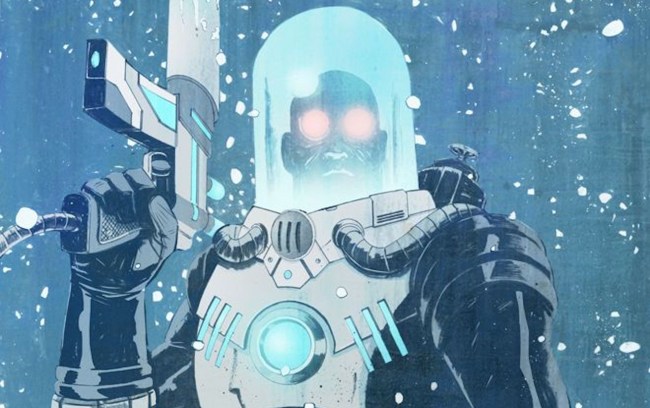 Following the record-shattering, genre-shifting success of Joker, the studio behind the film — Warner Bros. — finds themselves with something they haven’t had since the days of Christopher Nolan: an advantage over Marvel Studios.

While Marvel Studios has been synonymous with and responsible for most of the best comic book filmmaking of the past decade, they’ve yet to crack the villain code, as — outside of Loki and Thanos, at least — the franchise has been widely derided for its lack fo compelling antagonists. Cookie-cutter bad guys, as it were.

In fact, Marvel Studios’ villainous line-up is so thin that — whether it be due to intentional strategy or otherwise — not a single rogue has been given a solo film, despite the behemoth franchise now entering its 12th year.

Warner Bros. — who owns the rights to DC Comics film — on the other hand, has the opposite issue: they’ve struggled to adapt their big guns into a shared cinematic universe (looking at you, Batman and Superman) but have also written the status quo with Joker.

Naturally, now that the studio finally finds themselves with a leg up on Marvel Studios, they plan to further lean into the strategy that got them there, as reports have long indicated that they plan on developing further villain origin stories. And according to recent rumors, infamous Batman baddie Mr. Freeze may be the first in line.

We Got This Covered has heard that Warner Bros. is eyeing up Oscar Isaac for the role of Freeze. We’ve previously reported that the Poe Dameron actor is also in consideration for Harvey Dent/Two-Face in Matt Reeves’ The Batman though and as far as we know, this is still a possibility. The studio is apparently very, very keen to get him on board the DC universe somewhere and they’re currently looking at him for one of those two aforementioned parts.

What’s more, Isaac isn’t up for a version of Freeze from The Batman universe. Instead, our sources – the same ones who told us Robert Pattinson had clinched the role of the Dark Knight and that J.J. Abrams had been offered a Superman and/or Green Lantern film – say that this would be for a spinoff based around the cold-hearted scientist, likely set in the Joker universe. After all, it’s known that WB is entertaining the idea of doing more supervillain origins stories after the success of Joaquin Phoenix’s flick and a Freeze film could be one of them, with Isaac potentially in the lead. [via We Got This Covered]

The report of a Mr. Freeze origin film falls in line with the November Hollywood Reporter scoop that Warner Bros. will be looking to expand their portfolio of standalone villain films.

Personally, I believe the character of Mr. Freeze is absolutely ripe for the “Joker treatment”. While the character has been under cinematic wraps since Arnold Schwarzenegger’s ice pun-dropping abomination, the fact remains that Victor Fries is arguably the most sympathetic character in the Dark Knight’s iconic rogue’s gallery.

In addition to Mr. Freeze, I think both Two-Face and Ra’s al Ghul have serious potential for a solo movie, with the former being particularly enticing considering a quality film about a decent and well-meaning lawyer descending into madness could easily contend for Academy Awards.