MrBeast Becomes The Highest-Paid YouTube Star Ever, Earns An Estimated $54 Million In 2021 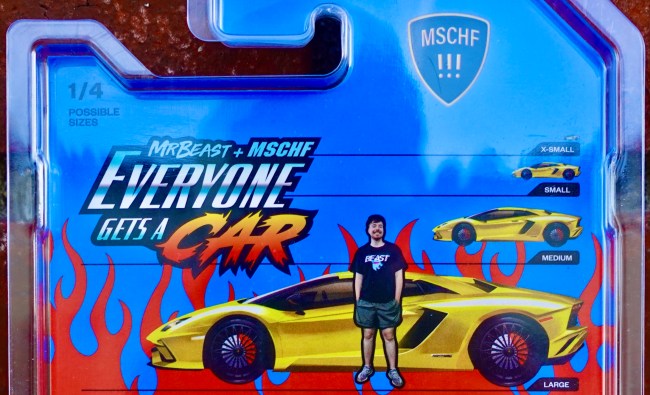 As far as YouTubers go, MrBeast is about as big of a household name as it gets. He has more than 88 million subscribers, accumulating more than 14.2 billion views on his main channel. His Squid Game In Real Life! video alone has amassed more than 200 million views since November 24, 2021, with the winner receiving a $446,000 prize.

According to MrBeast himself, the Squid Games video cost over $3.5 million to produce.

The views are impressive. But how much is all that star power worth, in real-world money?

Over $50 million, according to a new estimate from Forbes magazine.

According to Forbes, MrBeast pulled in an estimated $54 million in gross revenue last year. This is a historic number – At only 23 years old, MrBeast reportedly earned more than any YouTube creator ever in a single year.

According to data marketing website SpeakRJ, MrBeast, aka Jimmy Donaldson, added over 38 million subscribers in 2021. His combined network includes over 171.9 million subscribers. Besides the content on his channel, MrBeast has expanded his personal brand into a company with other revenue-generating verticals, including the popular MrBeast Burger – a delivery-only fast-food restaurant concept that operates nationally as a ghost kitchen.

The cost of a Beast Style Burger Combo? $13.99. The burgers are made in the kitchens of other restaurant chains and other facilities, based on location, including Red Robin, according to one TikToker.

Donaldson’s company also includes Beast Interactive Games, with the popular “Finger on the App” contest. In 2020, four people won $40,000 from MrBeast by keeping their finger on their phone in the app for over 70 consecutive hours. Over one million participated in the challenge.

In March 2021, MrBeast also started working with a $2 million investment fund to help stake other creators on YouTube. Called Juice Funds, aspiring YouTube creators would receive up to $250,000 in exchange for a stake in their channels, reports The Verge. MrBeast is reportedly an adviser to the company that’s choosing the investments.

Right behind MrBeast in 2021 earnings? The controversial Jake Paul, who had a big year as PPV celebrity YouTube boxing matches began to gain steam. 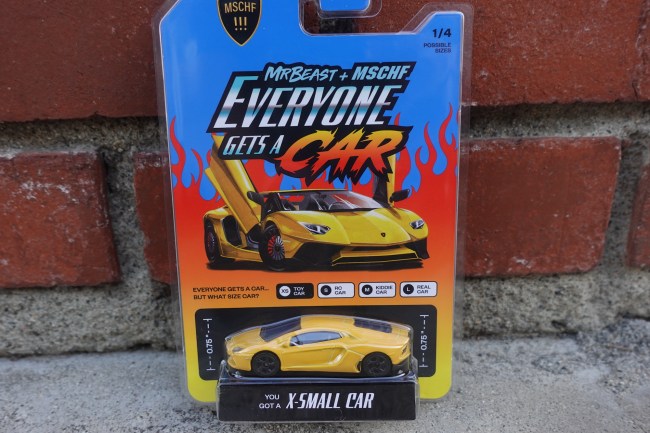 The key to MrBeast’s success? “Philanthropy as entertainment”

MrBeast has exploded in recent years, famous for videos that feature “philanthropy as entertainment”. He gave away 10,000 turkeys before Thanksgiving to families in his hometown of Greenville, North Carolina. In 2019, he went mega-viral for tipping a pizza delivery man a fully furnished house, mortgage-free.

In 2018, for example, he went viral for donating $100K to his mom. She initially refused the money, but then he explained that she would need to accept the gift in order for the video to go viral because the money being generated from the video’s virality is how she’ll get paid.

MrBeast isn’t just great at earning money with philanthropic stunts that he turns into content – He also seems to pay it back by fundraising for charitable causes.

In 2021, MrBeast and Mark Rober teamed up with #TeamSeas, an international collaborative fundraiser project to raise money and awareness around cleaning the world’s oceans and marine ecosystems. Together, the two raised over 30 million U.S. dollars, pledging to remove 30,000,000 pounds of marine debris from the ocean by the end of 2021.

A video of MrBeast cleaning “one of the dirtiest beaches in the world” with an army of volunteers generated over 50 million views on his YouTube channel.

WE LITERALLY RAISED ENOUGH MONEY TO REMOVE 30,000,000 POUNDS OF TRASH FROM THE OCEAN, THAT’S FREAKEN INSANE

The top 10 highest-paid YouTube stars of 2021, according to Forbes estimates: