Four People Won $40,000 From An App That Paid Them To Go Over 70 Consecutive Hours Without Taking A Finger Off Of Their Phone 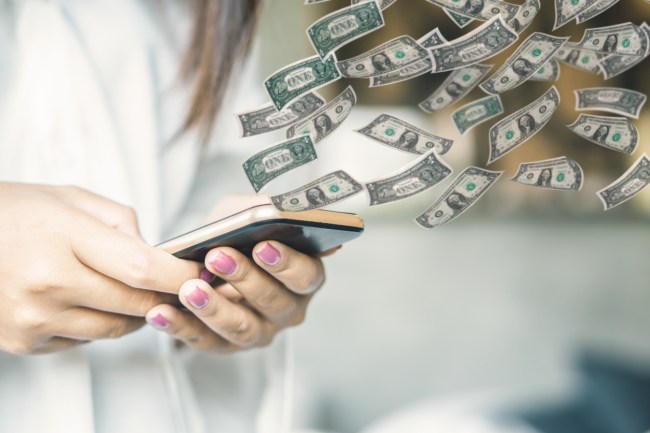 The possibilities were endless when the internet first started to emerge as a force that couldn’t be ignored on its way to becoming the most immense and globalized source of news, information, and entertainment the world has ever seen. It allowed people on opposite sides of the globe to communicate with each other as they pleased and the possibilities for creativity, innovation, and collaboration knew no bounds.

Have people harnessed that technology to make the world a better place? Sure, but with that said, there are also those who have used it to make us all a little bit dumber.

According to Gizmodo, we can now add YouTuber Jimmy Donaldson to the list of people who’ve used their powers for….something, as the man who is better known as “Mr. Beast” on the platform recently set out to answer one of life’s great unanswered questions: how long can people go without taking their finger off of the screen of their phone when there’s a cash prize promised to whoever lasts the longest?

The contest was held with the help of an app that was literally called “Finger on the App,” which required people to occasionally move their finger around the screen to weed out bots and was made with the help of internet collective MSCHF to make sure it could handle the high volume of simultaneous players expected to participate.

That turned out to be a good call, as over one million people threw their hat into the ring in search of the $25,000 awaiting the last one standing. However, after 70 hours, there were still four different people refusing to yield, so Donaldson opted to give them all $20,000 on Friday to avoid being known as the guy on YouTube who caused someone to die from sleep deprivation.

Dear the four remaining contestants with your finger still on the app, I’m ending it here. Three days is insane! You ALL win and will ALL receive $20,0000! CONGRATULATIONS!

He had already paid other people to quit the challenge early before ending it entirely, as two competitors received $5,000 each on Thursday and another two were given $10,000 each the following day before it came to a premature end.

When I first read about this challenge, I thought it was the most absurd thing I’d ever seen. Holding my finger on my phone for almost three days? Count me out, pal.

But the more I thought about it, the more I realized $25,000 would be nice. Like, really nice. You could just throw on some movies and listen to podcasts for three days, and before you know it, you’ve won $25,000. Hell, I just drove from Colorado to New Hampshire and spent 32 hours in a car, which I managed to endure without any financial incentive. I’ll have to figure out the whole “sleep” thing but I’m sure I could dream something up.