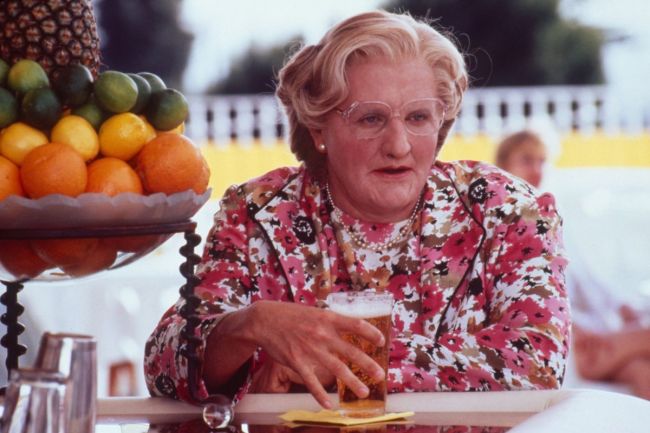 When it comes to celebrity deaths, there are two that cut deeper than the rest, at least personally: Mac Miller in 2018, and Robin Williams in 2014. While Mac Miller hurt because we essentially grew up together, Williams’ passing was so painful because it felt like he played a part in raising me.

Hook, Jumanji, Aladdin, Dead Poets Society, Mrs. Doubtfire, Good Will Hunting (in my teenage years) — these were all films that were a huge part of my childhood, playing on cable so frequently it’s as if the various networks knew he’d always be able to entertain most of the four quadrants (men and women, young and old).

So, when Robin and his boundless energy left us, it felt as though a piece of my childhood did, too. Given my appreciation for him, I read his biography over the summer — it was excellent, I definitely recommend it if you’re a big fan of the legendary comedian — which is why I’m absolutely not surprised that an R-rated (and possibly NC-17, despite what the director may claim) cut of Mrs. Doubtfire, A CHILDREN’S MOVIE, exists.

“The reality is that there was a deal between Robin and myself, which was, he’ll do one or two, three scripted takes. And then he would say, ‘Then let me play.’ And we would basically go on anywhere between 15 to 22 takes, I think 22 being the most I remember,” director Chris Columbus said.

As a result, he says, Williams came up with new versions and new lines in every take. “He would sometimes go into territory that wouldn’t be appropriate for a PG-13 movie, but certainly appropriate and hilariously funny for an R-rated film. I only [previously] used the phrase NC-17 as a joke. There could be no NC-17 version of the movie.” [via Entertainment Weekly]

If you’re interested in more tidbits about the life of Robin Williams, the below tweets are some of my favorite moments from the book.

This is, by far, one of the best anecdotes I’ve come across in this Robin Williams biography.

Always knew him and Christopher Reeve were friends, but this truly encapsulates the spirit that he was. pic.twitter.com/16P8dUmV28

“I used to say I knew him for six months before I found out what his real voice was.” pic.twitter.com/pMIjz3gm7z

“When Frank Sinatra looked at him, Robin said ‘I’m so exited I could drop a log!’

Turns out @quibi’s Jeffrey Katzenberg has always been relatively clueless: he wanted to make THE DEAD POETS SOCIETY a comedy. pic.twitter.com/i3HlIFbYMa

Williams was offered the role of Joker in BATMAN ‘89 as a negotiating tactic against Jack Nicholson🃏 pic.twitter.com/2TdADQpHre

“Over the five-month shoot, which stretched into the winter of 1990, Robin learned not to be intimidated by the intensity of De Niro, who he said with a single gaze could ‘clear an eye-line all the way to Tasmania.’” pic.twitter.com/vdEKSTJKHg

“He shared his screen time with the eccentric Dustin Hoffman, who started each morning by eating a bowlful of hot onions and garlic for what he said were health reasons.”

Even a worshipper of the Church of Garlic and Onion, that is absolutely fucking disgusting of Hoffman. pic.twitter.com/vy44n2JGZL