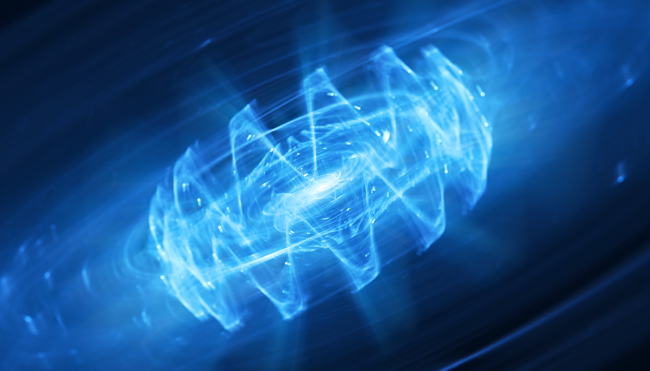 People much smarter than myself have spent thousands of years trying to unravel the inner workings of the universe in an attempt to get to the bottom of what is perhaps life’s most eternal question: Why the hell does it exist in the first place?

It’s an enigma that’s been attacked from a wide variety of angles by people who’ve devoted their lives to studying a number of different scientific disciplines in an attempt to figure out why the universe is even a thing while trying to decipher the code that dictates how literally every single aspect of it functions.

As someone who can’t even read the words “quantum physics” without getting a slight headache, I’ve basically given up on even trying to understand the intricacies of all of the theories about the unfathomably large and ever-expanding space we inhabit. As a result, most of my knowledge of that realm is derived from extremely dumbed-down explanations of the discoveries of the experts who I just assume know what they’re talking about.

That includes all of the people who’ve managed to compile enough evidence supporting the ideas they put forward to have their names attached to the laws everything in the universe supposedly abides by—which is why I’m slightly shook by a report from The New York Times concerning a group of physicists who recently revealed they’ve stumbled across a mysterious particle that implies their entire profession may sit on a throne of lies.

The article focuses on a team of researchers at the Fermi National Accelerator Laboratory in Illinois who’ve conducted experiments in conjunction with other scientists around the world concerning subatomic particles called “muons.” If you’re looking for an in-depth explanation, I would recommend taking a look at the piece, which I needed to read five times before I was able to comprehend it enough to attempt to distill the discovery into an explanation people with a mind as simple as mine can understand.

The experiments that led to this potential breakthrough were inspired by others that were first conducted at a laboratory in New York more than 20 years ago where researchers ran muons through a magnetic field only to find themselves baffled after realizing the particles seemingly defied the laws of physics after being exposed to it. On Wednesday, a team of the physicists who built on that work held a press conference where they presented evidence they say supports that initial discovery, with one of them suggesting “the muon is sensitive to something that is not in our best theory” (and by “best theory,” they mean “everything we thought was true until we found out it might be totally wrong.”)

They did run some calculations that are way above my paygrade that led them to determine there’s a 1 in 40,000 chance they might actually be wrong about other people being wrong, and it’s safe to assume other scientists will get in on the action in an attempt to figure out whether or not that’s the case.

If the claims do end up being confirmed, I would defer to It’s Always Sunny when it comes to expressing how I feel about being lied to for so long.