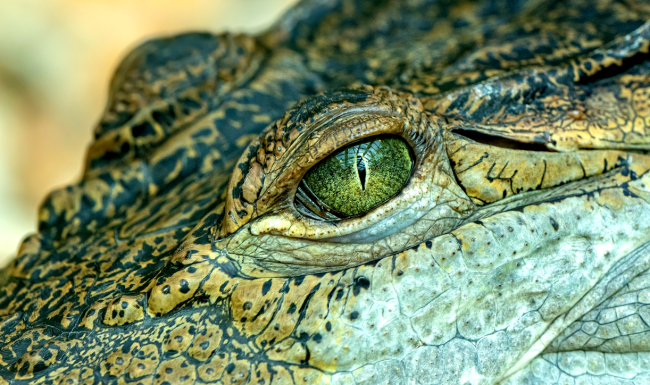 There is a wild mystery surrounding a male 20-foot Nile crocodile that’s reported to have eaten more than 300 people in East Africa.

The gigantic crocodile, referred to as Gustave by locals, has reportedly been terrorizing the residents in settlements near Lake Tanganyika, Burundi for more than three decades.

The Daily Mail reports that some experts believe the giant croc could be up to 100 years old. Others dispute this claim due to Gustave’s dental arch being intact which would make him more likely to be around 60 years-old.

A 2009 article about Gustave which appeared in National Geographic estimated Gustave to be about 60-years-old then, which would make him now around 77.

Regardless of his age, he’s a sneaky one as numerous people over the years have attempted to capture or kill Gustave, but all have been unsuccessful.

“Gustave is most definitely a real beast and a confirmed killer,” Mary Anne Potts wrote in 2005. “Records of his attacks on villagers living on the northeastern shores of Lake Tanganyika date back to 1987. Although it is doubtful that one crocodile could be responsible for all of the deaths pinned on Gustave, eyewitness reports almost invariably describe an abnormally large croc with the same scar on the top of its head, which Faye thinks is the mark left by an old gun shot wound.”

The estimated one ton crocodile was also featured in a 2004 documentary, Capturing the Killer Croc.

Gustave is so infamous that he inspired the movie Primeval and even has his own Wikipedia page, which explains that the croc gained his nickname from Patrice Faye, a herpetologist who has been studying and investigating him since the late 1990s.

In 2021, IFL Science wrote about Gustave…

Locals to Lake Tanganyika fear the croc, who is reported to travel large swathes of the lake shores, eating “fishermen and bathers en route,” according to Patrice Faye, who studied the animal and reports of the killings for many years.

“He can eat 10, 15 or 20 people along the bank,” Faye told the BBC. “One year, I followed the path he took on one of his forays and 17 people had been eaten between Kanyosha and Minago, and Kabezi and Magara.”

Is he still out there, watching and waiting for his next kill?

He was reportedly spotted in 2015, dragging an antelope into the water.

In 2019, someone claimed that Gustave had been killed, but no evidence was ever put forth.