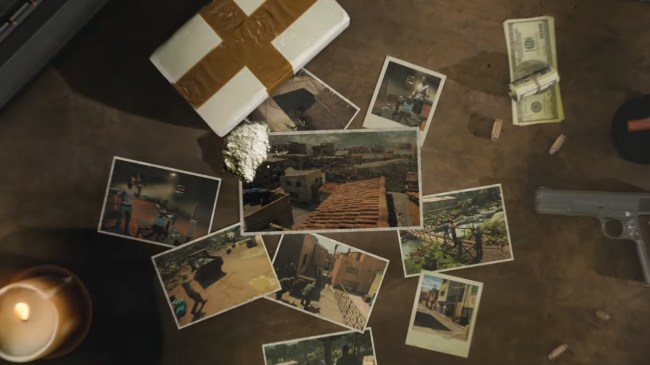 Have you ever watched a TV show or a movie and thought that it would make for a really good video game? *cough*John Wick*cough*

Yeah, well, someone is finally doing something about that for at least for one of those shows, the popular Netflix series, Narcos.

According to the publisher Curve Digital, best known for their ultra-popular game Human: Fall Flat…

Narcos: Rise of the Cartels will follow the events of the first season of Narcos, in a story narrated by El Patron [Pablo Escobar] himself, where players will take the role of the Medellin Cartel or the DEA in a tactical turn-based action adventure.

“Working with the Narcos licence has been an incredible experience so far for the team at Kuju,” Matt White, studio head of game developer Kuju, told Variety. “As creators, having such an evocative and multi-layered world to play around in gives us the ability to tell incredible stories and create awesome gameplay opportunities. We are incredibly proud of Narcos: Rise of the Cartels and hope that it will resonate with fans of the series and of the turn-based tactical genre.”

The first teaser trailer for the Narcos: Rise of the Cartels video game also just dropped, and yeah, we’re definitely going to being playing this bad boy.

Narcos: Rise of the Cartels is scheduled for release on PCs and consoles has a release date of sometime in the third quarter of 2019.