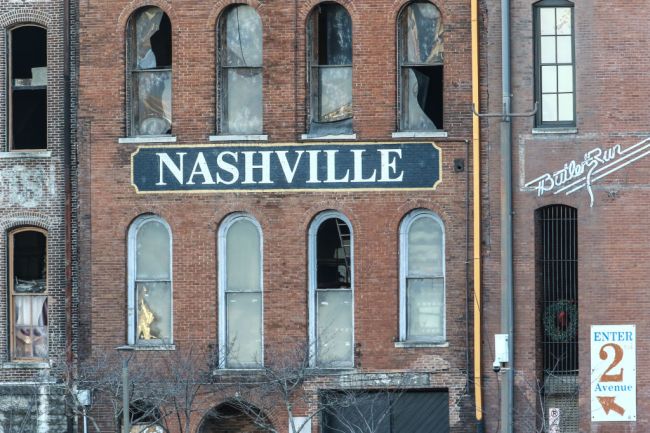 According to the FBI report released on Monday regarding the Christmas morning bombing in downtown Nashville, Anthony Warner acted alone and his actions were not an act of terrorism. The FBI determined that Warner chose the location on Second Ave because knew that it would be impactful, while still minimizing the likelihood of causing undue injury. It was determined that Warner built and detonated the explosive device himself.

The report also explained that there were no indications of a broader ideological motive to use violence to bring about social or political change. The FBI determined that the bombing was an act to end his own life and he was driven by “a totality of life stressors.”

“Based on analysis of the information and evidence gathered throughout the investigation, the FBI assesses Warner’s detonation of the improvised explosive device was an intentional act in an effort to end his own life, driven in part by a totality of life stressors – including paranoia, long-held individualized beliefs adopted from several eccentric conspiracy theories, and the loss of stabilizing anchors and deteriorating interpersonal relationships.”

The FBI came to these conclusions after recovering more than 3,000 pounds of evidence from the blast site, combing through more than 2,500 tips, and conducting more than 250 interviews.

Special Agent in Charge Douglas Korneski of the FBI Memphis Field Office stated, “The FBI would like to thank the citizens and private sector partners of Nashville, Tennessee, for their support during the response and investigation, especially those who provided tips and volunteered their time and resources. Additionally, the collaborative efforts of all local, state and federal agencies who responded to this incident, and the hundreds of hours dedicated by their men and women, were truly invaluable to this unified effort. They exemplified the tireless dedication we’ve come to expect from those who respond to these types of critical incidents.”

The FBI also made note in the report that only Warner knows the real reason he decided to detonate the explosive and take his own life, but the agency is confident in its conclusions.