A Luxury Condo On Music Row In Music City Is Installing Noise Meters To Document Loud Music, What? 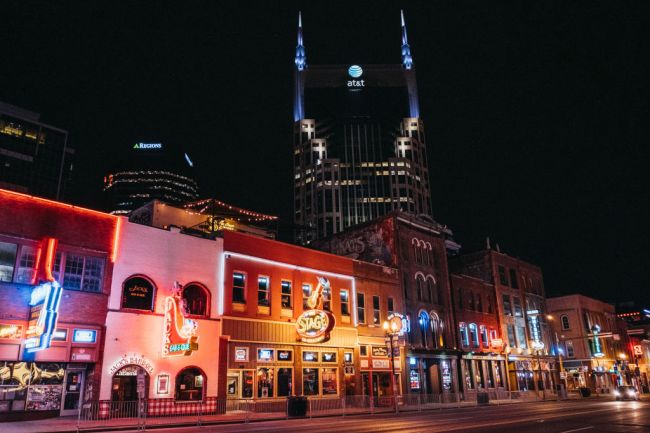 The Adelicia, a luxury apartment complex in Nashville, Tenn. is taking loud noise complaints about bars in the area into their own hands. The HOA is planning to install an industrial noise meter on the building to document when it reaches above the legal limit and report the levels with police. To go even one step further, residents can check out noise monitors from the front desk.

If you don’t know anything about Nashville, let me give you the quick breakdown — there is live music at almost every bar and there are bars everywhere. Now that you’re caught up, get a load of this; the complex in Music City is located in a part of town called Music Row on a street named after one of country music’s most famous musicians, Chet Atkins. And the complaints are about music. Hm. How does that work?

Now, the HOA president’s name is Bruce Gallo, and he has made it clear that they are only complaining about one bar and does not want them shut down. Bruce Gallo is the perfect name for an HOA president, but I digress.

“We’re talking about one bar, we’re talking about Rebar,” he said. “The sound is so bad that it actually rattles the windows of the units on the north side and residents here would tolerate a lot of reasonable conduct and behavior, but we’re talking about some of these egregious noise violations occurring after 11:00 and up to 3:00 in the morning.”

I’ve been to Rebar. It’s a very fun spot and always has live music going. But it’s not any louder than the other bars in the area, especially right now. Due to COVID-19 restrictions in the city, bars close at 10:00 p.m. and receive heavy fines and punishment if they do not. So the complaint surrounding the timing of the music doesn’t quite add up and the owner of Rebar contests the notion.

“And that’s why I was confused because they said they had been being disturbed, that we were open ‘til 3 AM, but we haven’t been open past 10. And then we were closed for months,” said Rhonda Russell.

Noise complaints is an issue that pops up fairly frequently in this area of the city as developers prey on the location and real estate prices, but to take it to the extreme of noise monitors is next-level. I wouldn’t want to have my neighbor blaring loud music as I try to sleep at 3:00 a.m. either, I get it. But choosing to move to a part of town that is the best off-Broadway string of bars is asking for a party. All the time.

We’re all missing live music like hell right now, so if anything there should be more of it. But if that can’t be the case, which it can’t, using noise monitors to file complaints on bars that are already struggling to navigate capacity restrictions and limited operating hours is so wrong.