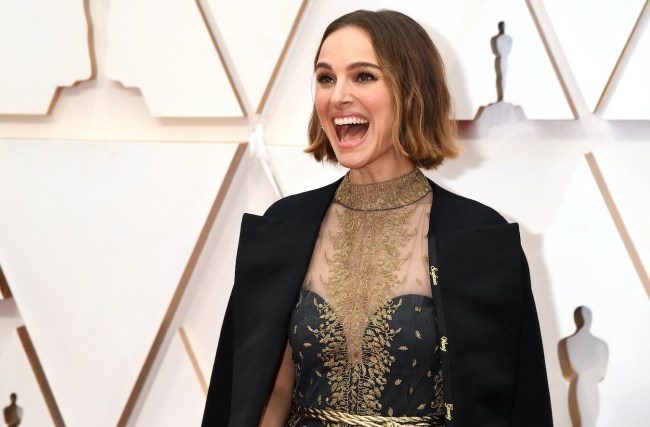 There are times where I infuse my articles with personality and jokes in an effort to make them more entertaining. I’ll often ramble about my thought process of getting to my point. Take this article about Zodiac director David Fincher helping Brad Pitt write his acceptance speeches, for example, where I spend most of the time imploring the powers that be to divvy up the talents of Bradley Cooper — who has absolutely nothing to do with Fincher or Pitt or speeches — and share about 7-10% with the rest of us. Standard stuff around these parts.

Unfortunately, this is not going to be one of those articles. This is going to be one of those articles where I come at you with nothing but big time #facts, because frankly, I have no dog in this fight and I want zero part of the madness. I am simply here to report the #facts to you, dear reader. So, as you would in a novel, consider what you’ve just read the prologue and what you’re about to read the actual story. End transmission.

Academy Award-winning actress Natalie Portman is receiving criticism from some online who believe she is a hypocrite.

Portman, 38-years-old, wore a dress to the Academy Awards that was embroidered with the names of eight female directors who were not nominated at this year’s Oscars. The names on the dress were: Lorene Scafaria (Hustlers), Lulu Wang (The Farewell), Greta Gerwig (Little Women), Marielle Heller (A Beautiful Day in the Neighborhood), Melina Matsoukas (Queen & Slim) Alma Har’el (Honey Boy), Céline Sciamma (Portrait of a Lady on Fire), and Mati Diop (Atlantics).

“I wanted to recognize the women who were not recognized for their incredible work this year in my subtle way,” Portman told The Los Angeles Times.

However, in the days since, Portman has drawn criticism due to the fact that her production company, handsomecharliefilms, has only hired one female director in its history: Natalie Portman.

At this time, Portman has yet to publicly respond to the online backlash.

i wonder if this means her production company will finally produce a film with a female director https://t.co/5J9bEANXD0

What I find funny is that Natalie Portman has hired 0 (zero) women to direct the movies made using her own production company. I think there's about 7 films under her company, she hired male directors for all of them. Hollywood hypocrites are fun. https://t.co/qcI5BFJR1S