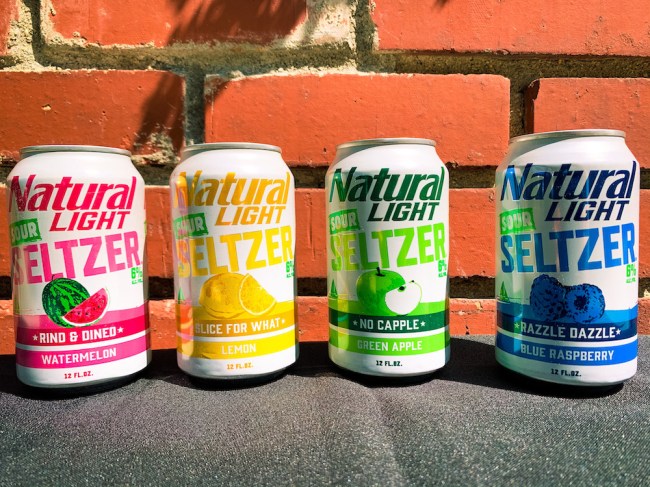 Ladies and gentlemen, Natty Light is adding a new array of flavors into the mix for Summer 2021: Natty Light Sour Seltzer.

Sweet is out. Sour is in.

The new batch of Natty Light sour hard seltzers follows in the footsteps of the Warheads  ‘Extreme Sour’ Hard Seltzer, a collab between the iconic sour candy and New York’s Artisinal Brew Works. The Warheads Hard Seltzer collab went mega-viral in early April, with each tallboy can coming in at 5% ABV and four signature Warheads flavors: Watermelon, Blue Raspberry, Black Cherry, and Lemon.

-Slice for What Lemon.

Here’s a glimpse of the Natty Light Sour Seltzers from a mailer sent to elite members of the bloggerati, including myself.

Now firmly in it’s third summer of popularity, the boozy seltzer segment seems to be approaching a coming-of-age. Maybe even an identity crisis, dare I say?

The pool is certainly crowded with options. Very crowded.

Where can hard seltzers realistically go now that they’ve expanded to smoothies, kombucha concoctions, lemonades and teas, and crushable, fruit juice with bubblys and alcohol.

Also, canned tequila and vodka soda options have emerged with their own market share (IE: High Noon, Ranch Water, Mamitas, etc) looking to capitalize on the thirst of drinkers looking for *something different* than the flavors hard seltzers can provide.

I guess we’ll find out!

In the meantime, enjoy ’em while they last. 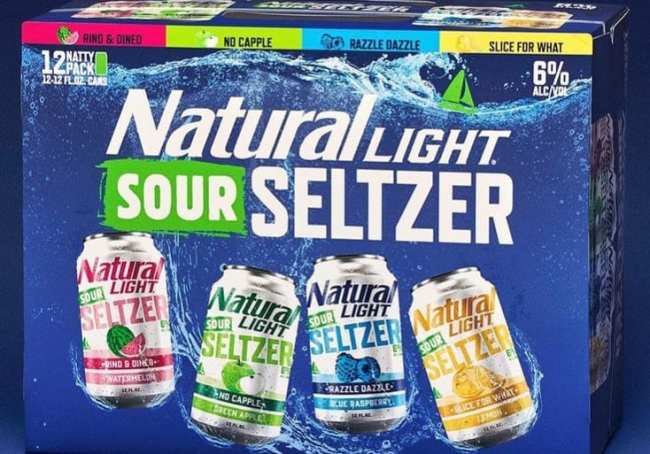