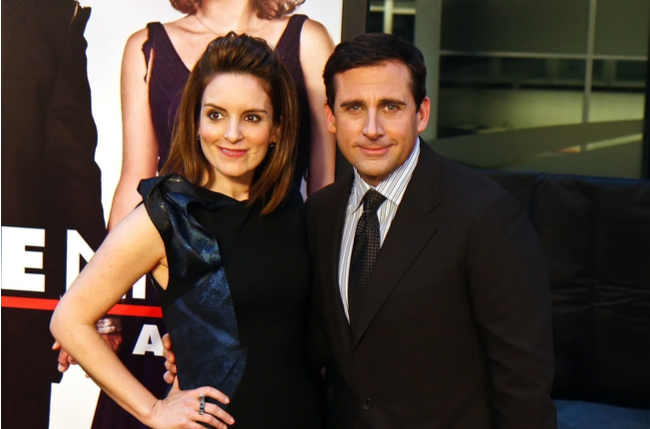 Yesterday was The Hollywood Reporter‘s 12th annual ‘Power Lawyers Breakfast’ and NBC Entertainment chairman Bob Greenblatt spoke candidly about the future of reboots for NBC shows. The topic of reboots has been buzzing for months since Will & Grace returned and it exploded last weekend after more than 18 million people inexplicably tuned in to watch ABC’s reboot of Roseanne….18 million people tuning in to see a show that ended in 1997 because it stopped being funny. My mind is blown by those numbers.

Anyway, NBC Entertainment chairman Bob Greenblatt was asked about which reboots can and would happen at NBC and here’s what he had to say (via THR):

Greenblatt also noted that he’s excited about the appetite for what he calls the “reboot genre,” but that doesn’t mean you’ll see every popular NBC series from the past revived. “We can’t just reboot everything,” he said.
Friends, for example, he says will never happen. Seinfeld is also virtually guaranteed to never be rebooted. Asked specifically if he’d revive Cheers, Greenblatt suggested it may be beyond the point that would make sense to revive the Ted Danson comedy. “I’d love to have the Cheers reboot if it were 20 years ago,” he said. (Danson currently stars on NBC’s Mike Schur comedy The Good Place.)
The Office is another possibility, though likely without the full original cast, and The West Wing also seems to have favorable odds of returning. Greenblatt noted that West Wing creator Aaron Sorkin would get behind it “if he weren’t busy doing 10 other extraordinary things.” (via)

According to the AV Club, Greenblatt also mentioned the idea of rebooting 30 Rock which would be awesome. The topic of a reboot for The Office has been thrown around for several months now and I definitely don’t think the series needs a full reboot but it would be cool to see that show and 30 Rock come back for Christmas specials. Actor John Krasinski mentioned this in a recent interview.

Both of those shoes put a lot of time and effort into their ‘Christmas’ episodes each here. The Office Christmas party was always a big deal. On 30 Rock there was ‘Ludachristmas’ and Jack Donaghy’s mom would always come in town to cause mayhem. It seems like a one-off reunion set around the holidays would be perfect but it also seems like NBC is looking to capitalize on the success off the shows in the same way ABC is wiht Roseanne. Nobody would enjoy seeing a 30 Rock reboot more than yours truly. I fall asleep to that show every single night of my life. I’d just like to see it done right and without the show taking a weird turn like Netflix did with Arrested Development.

(via The Hollywood Reporter)