Dude Accidentally Steals His Neighbor’s Cat After Mistaking It As His Own, Hilarity Ensues 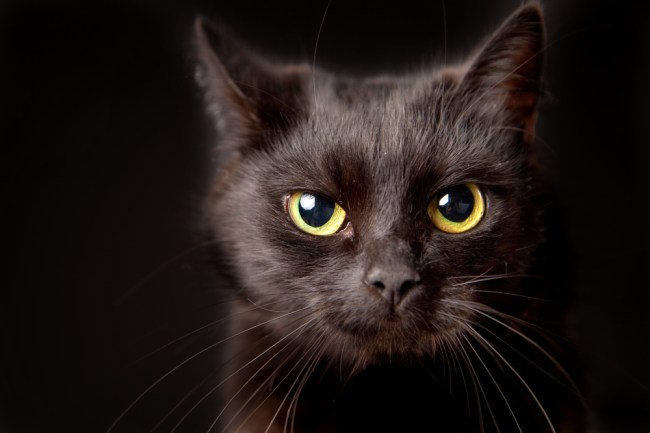 I can’t imagine ever mistaking someone else’s pet as my own. I have the single best-looking dog on the planet, a Bernese Mountain Dog, and it’d be impossible for me to ever confuse my pup with another no matter how similar they may look. Furthermore, dogs have robust personalities and respond when you call them by name. Cats? Not so much. Cats can look alike and most don’t give a flying fart when you holler at them by name.

One New Zealand man found himself in a pickle when he realized he’d stolen his neighbor’s cat and drugged it on accident. This revelation came when his own cat who’d disappeared for a few days came walking into his domicile. That’s when everything clicked, he realized that he’d stolen a pet and drugged it up with anti-anxiety pills, and he’d lied to his neighbor about stealing their cat.

This story popped up on Twitter Moments yesterday when a friend of the cat stealer began tweeting the amazing saga. Here goes:

a mate spent $130 at vet on his cat then had to lock it in his bedroom for 5 days recovery, and JUST NOW HIS ACTUAL CAT WALKED IN 😂 pic.twitter.com/TyeiFfARJK

He just told me a neighbour had come looking for her missing black cat and he said 'Na, sorry just my cat in here!'
I actually snort laughed

wait, hang on, it turns out rando cat is a boy and his is a girl, HOW DID THE VET NOT NOTICE THIS??

OMG so he told vet it did seem to be acting strange so vet prescribed it anti-anxiety meds. MY MATE HAS KIDNAPPED AND BEEN DRUGING A KITTEH! pic.twitter.com/CkbVqWYgiA

Shockingly, the neighbor who had their cat stolen was actually pretty chill about the whole ordeal. Methinks they were mostly just relieved to have their lost pet returned after a few days of thinking their cat was possibly dead. Here’s the text they sent to the cat stealer:

And now this from neighbour…… and um well of course your cat is chilled out MY MATE HAS BEEN FEEDING YOUR CAT DRUGS!! pic.twitter.com/vIoJbTLajV

In a similar case of mistaken identity, My husband & I once buried a cat that was not ours. 😬

As husband dug grave on rainy night while I wept on the deck, our cat wanders out from behind coffin/box with wtf expression on his face.

One time our dog was in the street covered in mud. Dragged him inside, washed him, dried him, then discovered our actual dog in his kennel.

I’m a dog person. I’ve always been and will always be a dog person, but I did grow up with an awesome cat in the house that lived to be over 21-years-old, so I don’t disdain cats as much as some dog people. So I can sympathize with the person who lost their cat for days, freaking the funk out, before finding out their neighbor had actually taken the cat and drugged it up. Nobody wants to lose their pet even if it’s an ungrateful cat. Thankfully, this story had a happy ending.