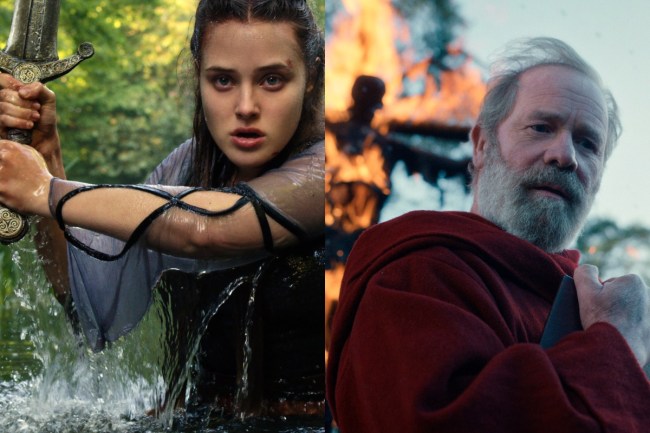 I find the fallout from the Game of Thrones finale fascinating. I’ve talked to plenty of people who’ve straight up said they won’t be tuning into any prequels or sequels that HBO eventually roles out. Do I believe them? Not really, but fine, for the sake of the discussion, I’ll take them at their word.

This is a show that, for the better part of a decade, was considered revolutionary. It was smashing viewership records left, right, and center while also delivering a highly-entertaining and uniquely complex product. It was the Golden Era of television operating at the peak of its powers.

But, man, that final season was an utter travesty, an abomination. While I disagree with people who’ve moved on from Westeros, I completed understand — the atrociousness of Game of Thrones final six episodes is so scaring that some people justifiably never want to return to the genre.

Guess what, though? Netflix could care less. They dropped The Witcher back in December and that became their most-streamed series of all-time.  Season Two is on the way and based on reports thus far (less timeline confusion, new additions to the cast) it sounds like it will be better than the first.

The Witcher isn’t the streaming services only big-budget fantasy show, though, as they’ve just dropped the trailer for the Katherine Langford-starring Cursed, which is “a re-imagining of the Arthurian legend.”

Here’s the official trailer for Cursed, via Netflix:

Based on the upcoming book of the same name, Cursed is a re-imagining of the Arthurian legend, told through the eyes of Nimue, a teenage heroine with a mysterious gift who is destined to become the powerful (and tragic) Lady of the Lake. After her mother’s death, she finds an unexpected partner in Arthur, a young mercenary, in a quest to find Merlin and deliver an ancient sword. Over the course of her journey, Nimue will become a symbol of courage and rebellion against the terrifying Red Paladins, and their complicit King Uther.