Netflix Is Editing Moments Out Of ‘Back to the Future’, Essentially Declaring War On American Pop Culture 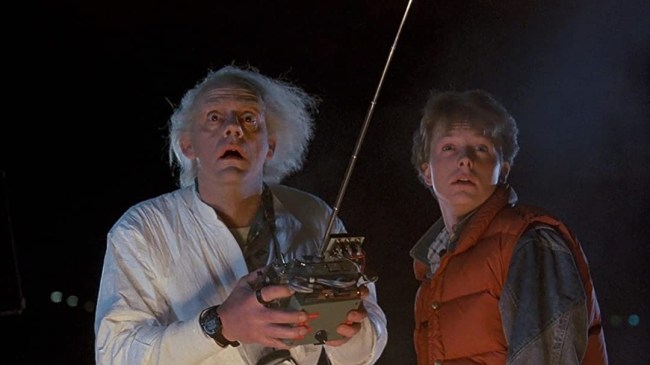 Who the in holy hell does Netflix thing they are? Don’t get me wrong, I love our mighty overlord Netflix — always have, always will. But as they say, absolute power corrupts absolutely, and I fear that’s the road we’re headed down with Netflix.

At the beginning of the month, Netflix added one of the most iconic American movie franchises to their library: the iconic Back to the Future trilogy. Swell! Fantastic! The perfect movie to fall asleep to. Great news, right! WRONG! WRONG!

As it turns out, eagle-eyed fans have noticed that the streaming giant appears to be taking some liberties with the films, as some Twitter users have noticed some bizarre cuts and edits in Back to the Future Part II.

Seriously, what’s that all about? Back to the Future Part II was rated PG when it came out back in 1989! The powers that be already decided that the content was appropriate for kids. Now, here we are 30 years later, and Netflix apparently finds a quick frame of an adult magazine advertisement to be too racy. “OH I’M SORRY, I THOUGHT THIS WAS AMERICA!”

What makes this so distressing is that the Back to the Future trilogy is a *staple* of Americana. Apple pie, baseball, cold beer… and Back to the Future. We’re talking about a franchise that’s one of the most successful original ideas of all-time — we just don’t see success stories like that anymore. Back to the Future wasn’t based on some comic book or some zany newspaper article, it came from the minds of Robert Zemeckis and Bob Gale as they sat around wondering what they would do if they want back in time and their mom was hot. Wait a minute…

UPDATE: Back to the Future Part II screenwriter Bob Gale says the mix-up, which has since been corrected, is actually not Netflix’s fault, per The Hollywood Reporter:

“The blame is on Universal who somehow furnished Netflix an edited version of the movie,” Gale said. “I learned about it some ten days ago from an eagle-eyed fan, and had the studio rectify the error. The version now running is the uncensored, unedited, original version.”

You can find all three now non-edited versions of Back to the Future currently streaming on Netflix.