Netflix Says They Are Monitoring Our Password Sharing, Addressed Not Releasing Shows All At Once 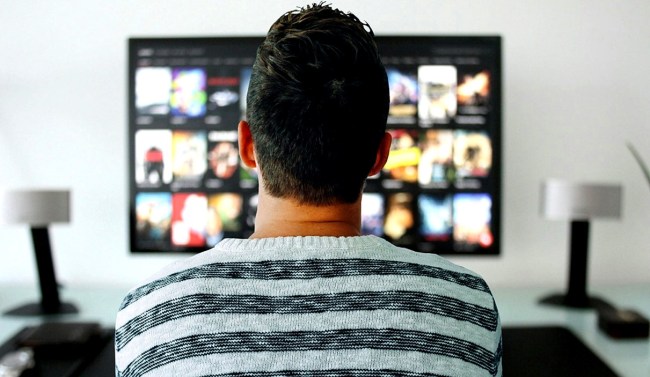 During their third-quarter earnings review on Wednesday, Netflix revealed, yes, they are monitoring everyone’s password sharing, and yes, they are eventually going to try to make people stop doing it. Sorry, college students, and, well, pretty much everyone else.

Netflix didn’t say exactly how they were planning on accomplishing this, just that it is going to be “consumer-friendly” when they do decide to begin their crackdown.

During the conference call, Netflix Chief Product Officer Greg Peters said, “We continue to monitor it. So we’re looking at the situation and you know, we’ll see, you know, getting those consumer friendly ways to push on the edges of that,” adding that they currently have “no big plans to announce at this point in time in terms of doing something differently there.”

With the addition of Disney+ to the streaming world, things are bound to change as the media juggernaut is going to have more restrictive rules than Netflix currently utilizes.

According to a Disney/Charter Communications press release, “Disney and Charter have also agreed to work together on piracy mitigation. The two companies will work together to implement business rules and techniques to address such issues as unauthorized access and password sharing.”

Again, no specifics, but there will be “something” in place to limit password-sharing.

During the call, Netflix also briefly addressed the controversial announcement that they would begin releasing some of their shows on a weekly basis rather than releasing the entire season all at once.

Ted Sarandos, Chief Content Officer for Netflix, says the company currently has around 35 shows that are already released on a weekly basis versus all at once.

“What we’ve seen is in markets where we release it all at once versus one a week, that we actually get more viewing and cumulatively, more social media buzz, more tweets, more more activity on social media around these shows for the all at once model,” said Sarandos.

“Basically, what we’re trying to do is match not just the programming exactly that you want to watch, but how do you want to watch it. And for a lot of people it may not be all at once, but it’s hardly ever one a week,” he added.