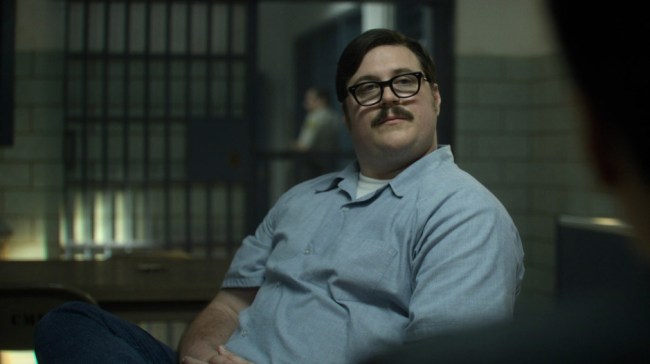 Gather around fans of serial killer dramas because we have some fantastic news. Netflix has renewed Mindhunter for Season 2! The hit Netflix TV show based on the 1996 book Mind Hunter: Inside The FBI’s Elite Serial Crime Unit has been embarced by fans and critics alike, garnering 96% approval rating on Rotten Tomatoes, so it is officially coming back for a second season. Netflix made the announcement on the Mindhunter Twitter account on Thursday morning with a video teaser with the caption: “We need to talk to more subjects.”

We need to talk to more subjects. pic.twitter.com/7pTnxAhM0G

Mindhunter only debuted on Netflix in October of this year, but people are so fascinated with serial killers that they are bringing back the daunting drama. The second season will continue to have director David Fincher and Charlize Theron as the executive producers. The show will also continue to star FBI agents Holden Ford, played by Jonathan Groff, and Bill Tench, portrayed by Holt McCallany, psychology professor Wendy Carr, played by Ana Torv.

The psychological crime drama about delving into the minds of notorious serial killers to better understand the subjects of other murders will have new brand new cases and brand new horrors. But will the next season start where Season 1 left off? According to Fincher maybe not. “Next year, we’re looking at the Atlanta child murders, so we’ll have a lot more African-American music which will be nice,” he told Billboard. “The music will evolve.” Those murders took place between 1979 and 1981, where at least 28 African-American children and adults were killed. Wayne Williams was convicted for two of the murders and sentenced to two consecutive life sentences. As far as a release date, nothing has been made official, but you should expect Season 2 of Mindhunters in October of 2018.