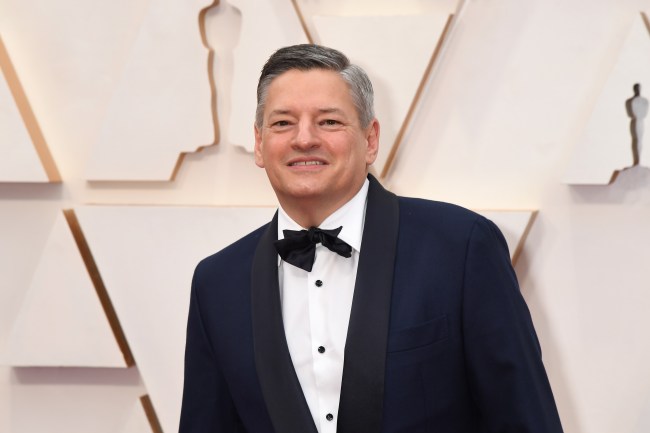 The controversy over the Netflix movie Cuties continues to rage. It premiered internationally last month and a grand jury in Texas actually indicted Netflix for “promotion of lewd visual material depicting a child.” The internet didn’t love it either, with cries from all corners of our fair country saying that it sexualizes children. Here’s what the Netflix CEO Ted Sarandos had to say:

“It’s a little surprising in 2020 America that we’re having a discussion about censoring storytelling,” Sarandos said, according to Deadline. “It’s a film that is very misunderstood with some audiences, uniquely within the United States.

I’m torn. First, I LOVE that the head of Netflix is standing by his creators. It would be much easier for him to bend the knee to the mob, apologize, and send us another ten yards in the wrong direction in the fight for creative freedom. His statement has that perfect little dose of passive-aggression, too. A slight hint of “If you don’t like it, don’t watch it. Grow up.”

But on the other hand, I just can’t watch these dance scenes. Now, I haven’t seen the movie. I say that as a two-part disclaimer: 1) I may be less informed than I should be in writing this blog, and 2) I haven’t watched it because I choose not to watch it. 11-year-olds twerking just isn’t my bag, thank God.

Context is always key, and I’m sure that the rest of the movie would help set up the dance scenes that are pissing off Texans. I did, however, watch SOME (NOT ALL, NOT EVEN CLOSE) of the following two scenes (trigger warning!):

I’m sorry but Dear GOD. You feel like you’re committing a crime every second you don’t stop that clip. It’s like WAP for kids. Maybe I’m a total square but the closeups of their butts shaking? Maybe if the shots were a bit farther away? I’m sorry, it’s just too on-the-nose for a Wednesday morning.

The movie is the personal story of its director, Maïmouna Doucouré, who grew up the daughter of Senegalese immigrants in a Western culture:

“I really put my heart into this film,” she said. “It’s actually my personal story as well as the story of many children who have to navigate between a liberal Western culture and a conservative culture at home.”

When you hear that, it makes it even harder. This wasn’t the brainchild of some creepy French dude willing to color outside the lines. I’m sure it’s a brilliant piece of filmmaking and deserving of all the awards its getting. Clearly, it’s crushing with people who fancy themselves open-minded cinephiles.

It’s almost the reverse of the recent Chappelle special Sticks and Stones, where critics hated it but the audience gave it a 99%.

I WANT to be with the art here. I WANT to side with expression and freedom and all that. But those dance scenes, man. It just made me feel uncomfortable as hell. And I don’t know if that makes me weird or if it’s weirder that someone can watch them and not think anything is out of order.

Remember that great scene from Little Miss Sunshine where Abigail Breslin enters the beauty pageant and does the stripper moves to Super Freak?

It’s hysterical… in part because everyone in the audience is horrified by what they’re seeing. Clearly, they realize that watching a young girl dance provocatively isn’t the right choice.

But maybe if the movie were in French? And directed by a woman who had experienced it personally? Then it’s artistic and daring?

You be the judge. Either way, hat tip to Ted Sarandos. Netflix keeps the world spinning.