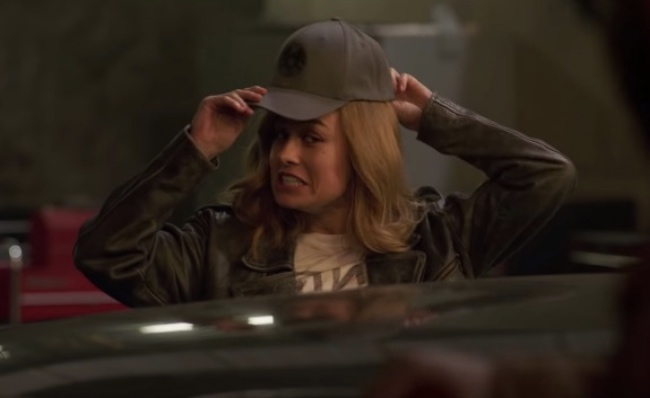 A new trailer for Captain Marvel debuted during Clemson’s thrashing of Alabama in the 2018/2019 National Championship and it gives us the deepest look at this film yet. We begin to get a better sense of Brie Larson aka Captain Marvel’s powers and her origin story with Nick Fury, the founder and director of S.H.I.E.L.D.

The trailer opens up on Carol Danvers (Brie Larson) meeting Nick Fury (Samuel L. Jackson) in some 80s roadside bar in what appears to be California. The two share comedic jabs which appears to make up a lot of their interaction throughout the film as far as we can tell from the trailers. Then we get a quick glimpse of Ronan the Destroyer who MCU fans first met in Guardians of the Galaxy.

Take a look at these exclusive Marvel Studios’ #CaptainMarvel posters from @IMAX, @RealD3D, and @DolbyCinema! In theaters March 8. Get tickets now: https://t.co/mQgwX2Ih8z pic.twitter.com/1owiJtrI7h

Carol’s briefing Nick Fury on how Earth is experiencing an invasion of Skrulls, an alien species of shapeshifters. We get a good example of this shapeshifting ability when Captain Marvel beats the crap out of some Skrull transformed to be an elderly woman on a city bus in front of humans who think she’s just being up an old lady.

At one point, Nick Fury asks Carol Danvers to prove she’s not a Skrull. This is a great glimpse into the badass powers of the superhero that will (almost certainly) eventually rescue The Avengers and restore the universe to normality after Thanos’ actions on Avengers: Infinity War. This is also just a tiny peek into the powers of Carol Danvers who’s said to be the single most powerful superhero in the Marvel Cinematic Universe.