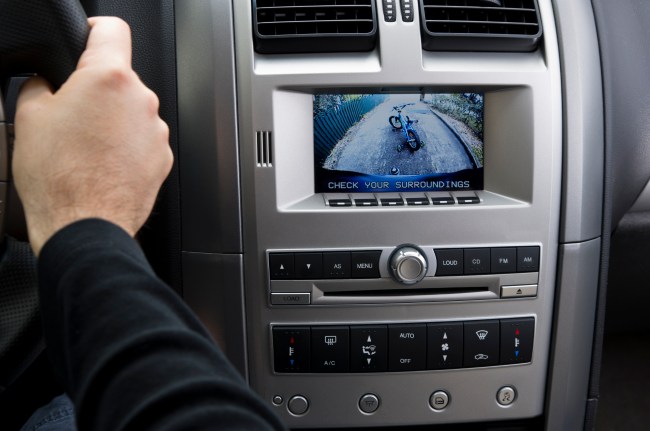 If you haven’t seen “Idiocracy,” you should.

It’s a cult classic and becoming more relevant by the day. In case you haven’t, it’s an alternate future movie where everyone has become drooling morons after most technology has made our lives too convenient. It was written and directed by Mike Judge, came out in 2006 and was a box office failure, but so was “The Wizard of Oz,” so who’s counting?

Thirteen years later, and the moral of its story is more accurate than ever.

Life is supposed to have some hardship in it. It builds character. Fathers can’t beat their sons with belts like when humans still had attention spans, so we must find our struggles elsewhere. Why not in our cars?

If you don’t have a funny car story about how you were stuck on the side of the road somewhere, covered in murky fluids with a toothless basehead offering you magic beans, you haven’t really lived. Yet the car companies don’t want this for us. They want us to calmly waft through life, with everything handed to us on a silver platter as we chug our Brawndo.

As of May 2018, all new cars are legally required to have backup cameras. So I ask you, why? What is wrong with mirrors?

They don’t require power, you don’t need an engineering degree to make them work, you can snort cocaine off them and the list goes on. George W. Bush signed the law, which is funny because you’d think he’d appreciate the value of a mirror.

A metric fuck-ton of red tape, ten years later and boom, you don’t have to go through the trouble of turning your head to back your car up anymore. Good thing, since we’re all too fat to turn around now.

Ah, but what if you drive a new car that has a backup camera and you get used to it, so used to it that you forget how to use a mirror? What happens when you get into an older car, and you start backing up, looking for the camera feed, only to realize this car doesn’t have one.

TOO LATE! You just ran over three kindergarteners at a bus stop, you unconscionable murderer.

Oh, it doesn’t stop there. Cars are rife with new “convenience” features now. Not just the high-end German ones either. Even economy brands now have blind-spot monitors, which are often inaccurate, lighting up when you can clearly see the car next to you and dark when you can’t.

Brake intervention, which beeps, lights up and slams the brakes when you’re artfully weaving around slow drivers. In GM cars the seat even vibrates. Apparently, the thought there is, “You’re about to die, so here’s a butt massage to see you out.”

Then there’s lane-keep assist, which vibrates or even jerks the wheel when you go over the dotted lines on the highway. It’s just what I’ve always wanted, a car that fights me mid lane change. Plus parking distance sensors, pedestrian warnings, cross-traffic alert, night-vision and on and on.

Ok, I’ll admit night-vision is kind of cool even if it does look like a Sega game and only exists in cars nobody can afford.

Cars will even park themselves now. Parallel parking has always separated the boys from the men. Can you do it in one maneuver while minimally holding up the traffic behind you, or do you need to Austin Powers it?

What happened to the days when men were men who could squeeze their car into tight spaces because they knew the dimensions by heart, not because they had some computer holding their hand?

Do you bowl with the bumpers up? No, you don’t, because you’re not a pussy. If you know your car will slam on the brakes before crashing headlong into something, are you really paying as close attention as you would if the car wouldn’t do that?

We’re ceding control to the machines. Humanity is falling asleep at the wheel. The technology isn’t there yet for fully autonomous driving. It’s really just advanced cruise control… for now.

Sooner than later though, we’ll make the leap and Big Brother will steal our steering wheels away from us. Every car will come to a complete stop at intersections with stop signs, even if there are no other cars present. Yellow lights will no longer mean “floor it.”

I don’t want to live in this world, and you can’t make me.

It’s like Patrick Henry said, “Give me steering wheels, or give me death.”

I’m sure you must be thinking that I’m right about everything, but ultimately these features save lives.

Pretty soon the machines will take over because they’re better drivers than we are and we can all survive our daily commutes to hang around and eventually die of heart disease.

Tesla gets a lot of press for its Autopilot. They even say that it’s already safer than human drivers. They advertise their statistics as proof that the Terminators will rightfully kill us all.

BUT WAIT! Their statistics are a sack of horseshit. It turns out they’re broadcasting fudged numbers to make themselves look good. No! It can’t be! What kind of corporation would do such a thing? Those bastards.

What if all these safety features are making us complacent, lazy, and just worse drivers? Why does my seatbelt need to choke me out when I first put the car in drive? What happened to death by dysentery at the ripe old age of twenty-four?

These are the essential questions we all need to answer if we’re going to move forward as a species.

In closing, when it comes time to buy a car, you should get an old one without any of these features. Or buy a new one where they’re at least optional. Then, when the salesman – who will be named Dave – tries to upsell you on these options ask him, “What are you doing, Dave? Stop, Dave. Stop. Dave.”

Jordan Ulman has been driving cars since before he got his license (sorry Mom and Dad). He currently works for a high-end dealership and aspires to one day own his own exotic that never works correctly.