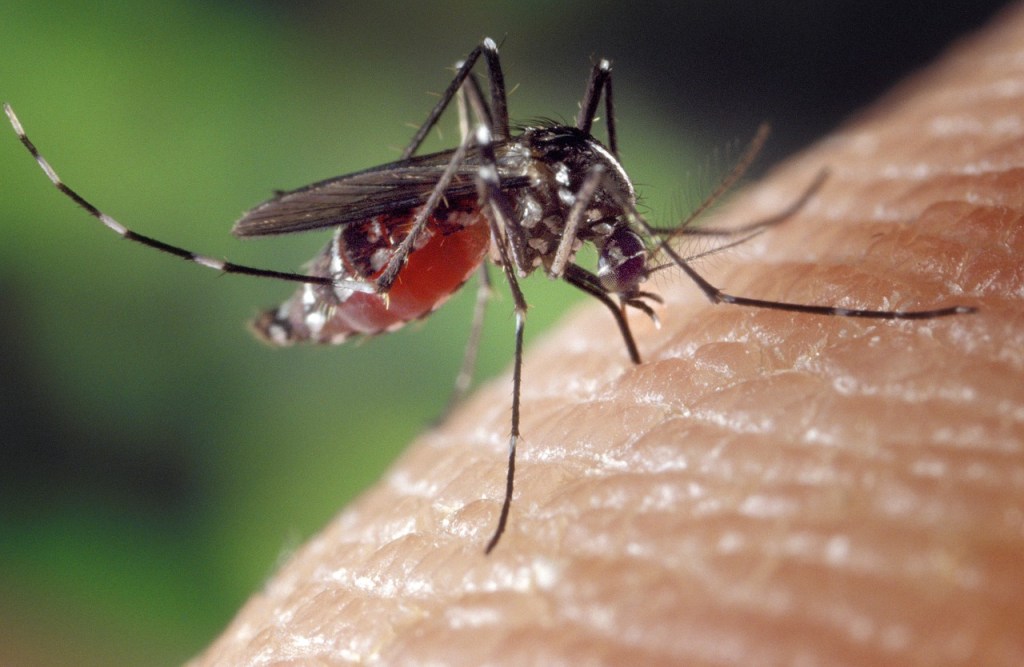 I’m not panicking. Are you panicking? We shouldn’t be panicking. Let’s keep it together here, guys. We’ve already seen people lose their minds from the spread of Zika. A buddy of mind straight-up canceled his wedding here in Florida during the Zika-craze and not because there was Zika in the town but because a doctor said it might be there by the time of the wedding. So let’s all take a deep breath and heed the advice of Douglas Adams’ Ultimate Hitchhiker’s Guide to the Galaxy and don’t panic.

Now that we’re all calm, this news is not great. Entomologist and research scientist Lawrence Reeves from the University of Florida has identified a new invasive species of mosquito in Florida, one that is capable of carrying vicious diseases, and it has the capacity to spread diseases that can jump across species (bird to human/pig to human/bat to human) and create a worst-case scenario.

The newly found invasive mosquito species is Aedes scapularis and it was collected in The Florida Everglades in 2019 during a large field study that then required him to sift through thousands and thousands of misquotes in the lab. This report from NPR sheds some light on why the presence of this species is a particularly troubling discovery:

DNA analysis confirmed they were Aedes scapularis. In a follow-up study in 2020, Reeves found the species is well-established in two South Florida counties, Miami-Dade and Broward. Up to now, the mosquitoes have been found mostly in the Caribbean and Latin America. In Brazil, Reeves says, they have been found to be infected with a range of diseases, “things like Venezuelan equine encephalitis virus, yellow fever virus and a handful of others.”

There are other things about Aedes scapularis that are worrisome. It’s a mosquito that likes going indoors and it feeds on both birds and people. Campbell says, “If you end up with a species that’s capable of transmitting to [birds] and likes to also bite humans, that’s the prime condition for a spillover event.” Scientists believe the COVID-19 pandemic is the result of a spillover event, involving bats or another animal species. (via NPR)

Scientists have identified an invasive mosquito species in Florida that's typically found in the Caribbean and Latin America.

The species has been known to carry a range of diseases, including yellow fever.https://t.co/4CwJNMAh9Z

Serious question: has anyone tried blasting Skrillex at these mosquitoes to see if it keeps them away???

I live on a lake in Sarasota, Florida and for probably 8 months of the year I cannot open my front door or sliding glass back door without at least one mosquito flying in. Hearing that this is a species of mosquito that loves coming indoors is one of the biggest red flags for me. But we said we’re not going to panic and that’s exactly what we’re going to do, not panic.

They found the species is “well-established” through the counties that make up the greater Miami area. That region has a population of about 6.2 million citizens and it borders The Florida Everglades which is a dream habitat for mosquitoes. Florida’s extremely hot and swampy throughout. The only thing we have going for us right now is it’s not raining every day yet.

The state of Florida is planning the release of 750 MILLION genetically modified mosquitoes as a way to combat the emerging species that carry diseases. So there’s that.