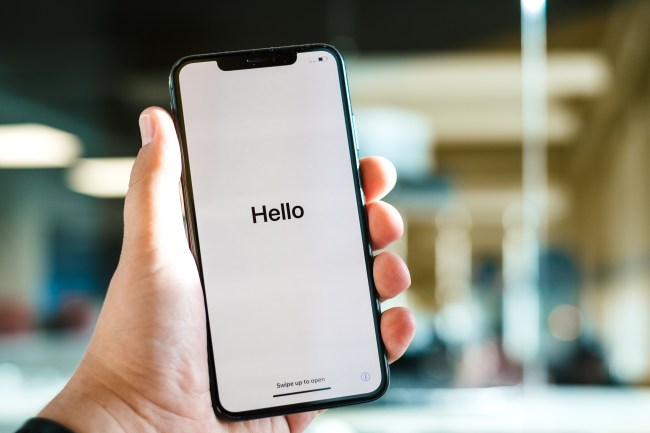 Apple just released iOS 13 to most of the world and for the first time in a while there are some features that I’m genuinely happy about. I downloaded the new iOS 13 yesterday and I’m already loving most of the features, while others are already quite annoying.

Below, I’ve got a thread of all the useful new features including Dark Mode, Video Editing, a new Volume toggle, etc. but before we get to that I’ll just sound off real quick on the two changes that have already pissed me off.

1) When I’m reading an email now and archive that email it doesn’t automatically take me to the next email. I have to hit the back button to my inbox and then click into a new email, instead of it automatically taking me to the next ‘unread’ email. This is stupid and laborious. They should change this ASAP. 2) When I ‘wake’ my phone it takes me into the last app I had open if I closed my phone while using that app where it previously always showed the home screen. This feels like a bug and one that needs a quick fix.

Now for the good!

For years, one of my biggest gripes with the iPhone is the inability to easily crop a video in the same way you’d crop a photograph. Previously, in order to do so, you’d have to open up specialized apps and it would take forever. Those days are gone. Now you can just crop the screen and tweak the picture quality of a video just as easily as you would with photographs.

Twitter user @captiongee put together this awesome Twitter Moments™ thread on the useful new features of iOS 13. I turned on Dark Mode last night which was excellent. It takes Twitter’s ‘Dark Mode’ feature and applies it to your entire phone. It was a little odd at first because I thought my Safari browser was in Incognito Mode, and I think they should add a feature where you can turn on Dark Mode each night with your ‘Night Mode’ option. That might exist already but I looked for it and it wasn’t explicitly clear.

Anyway, here’s what you can look forward to in the iOS 13 update that’s out now:

This seems like a purely cosmetic feature but I’m sure there are some practical uses out there that I’m not considering and won’t realize until I find myself needing this as an option:

The Swipe Keyboard has been on Android for what seems like forever and it’s been available on the iPhone with custom apps but Apple’s made this a full feature and it works great. I tried it out last night for a while and didn’t get a single typo which is amazing compared to how many typos I typically get on the iPhone keyboard.

Who is this for? Not me. Old people and really young people, maybe?

I’m sure someone somewhere is happy to have this.

The performance enhancements are legit:

2) Performance improvements allow devices with FaceID to unlock 30% faster. Across all supported iPhones and iPod touches, apps are now 50% smaller in size, have 60% smaller updates, and all apps will launch 2X than it already does. pic.twitter.com/NkCJCIatzz

The video editing is great. I messed around with it last night. It builds on the ease of use they’ve had with photo editing. You can easily crop, rotate, and auto-enhance videos now.

Photos and videos in the native Photos app have new editing controls. Pictures get Lightroom-ish basic editing sliders and videos can now be cropped, rotated, and have lights and colors tuned. pic.twitter.com/aC1s5usvw0

Siri has a ‘more natural voice’ now which would be helpful if I ever used Siri.

The ability to connect two pairs of AirPods to the same device is CLUTCH for watching movies together on a plane, train, etc.

These battery enhancements don’t make a ton of sense to me but I’m sure there’s some sound logic behind it.

If you charge overnight, iOS will fill your device up until 80%, keep it there for the duration of your sleep, then finish off the remaining 20% right before you wake up. pic.twitter.com/Bxfg02CX3x

Seems like a great way to read full articles and save them for later (offline) by screenshotting the full page. Or presentations, etc.

10) Full-Page screenshots let you capture a scrollable app's content in one photo. You can then turn the entire selection into a PDF. Currently works with native apps like Safari and Mail. pic.twitter.com/Xi3jWPT7fV

Definitely a useful feature here but one that will certainly cause a lot of alarm in people who don’t know that this exists.

BONUS FEATURE: The iPhone Xr and Xs have been added with liquid detection to prevent sparks from charging and let you know if water levels inside the lightning connector – such as those from rain or an accidental drop in the sink – will endanger your device. pic.twitter.com/Hleug9QNKT

If you are unable to see all of the tweets above then you can click here to visit Twitter directly.

Here’s a quick video on how to take full advantage of Dark Mode:

Looking at all of these new features, it seems like Apple’s definitely making more progress with iOS than they are with new iPhone tech. But it also seems like Apple is just now getting around to giving us features that have been customary on Android for a while. Regardless, I’m stoked to have the native swipe keyboard and video editing.