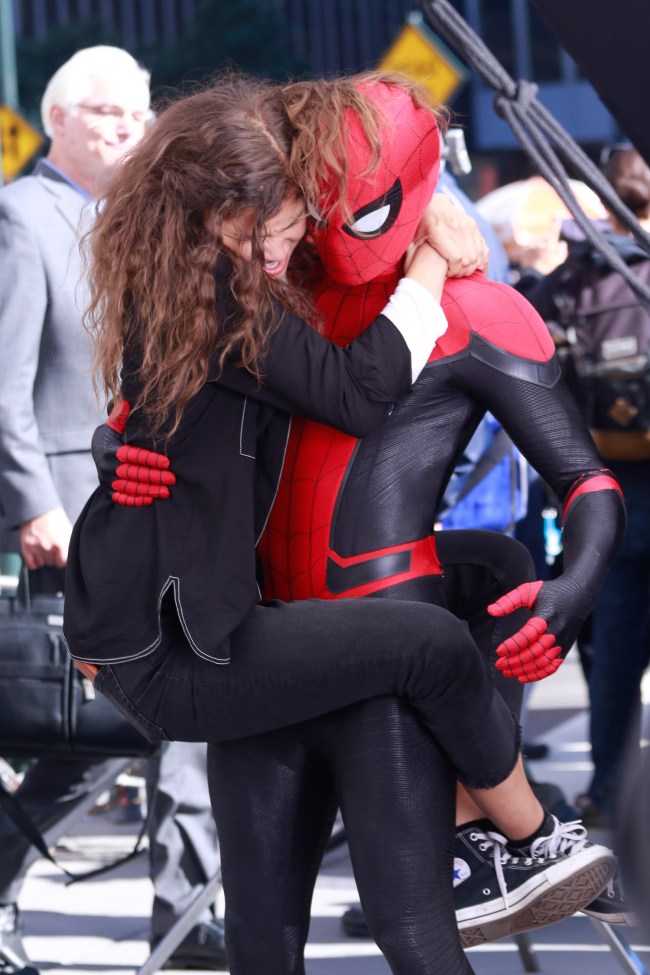 Of course, if you hadn’t already figured that out by now and this is the first time you’re realizing that, well… damn, dude.

Anyhoo, the next movie featuring our favorite wall crawler, Spider-Man Far From Home, has been filming on the streets of New York City (much like Joaquin Phoenix’s Joker over in Brooklyn).

Here’s some more photos from the set at Penn Station that me and my partner took! Time to give Tom some love outside of the Spidey suit 😂 ~Magneto | • • • No copyright infringement intended and if you repost give us credit! • • • #marvel #marvelcomics #marvelstudios #mcu #spiderman #spidey #peterparker #tomholland #zendaya #farfromhome #spidermanfarfromhome #ned #avengers #thanos #infinitywar #avengers4 #comics #comicbooks

Which means, since stars Tom Holland and Zendaya have been shooting the movie in a location inhabited by thousands of people, a slew of new videos and pics have made their way on to the internet.

As these videos and pics show, Peter Parker is slowly morphing into Tony Stark when it comes to his variety of suits. This fourth iteration of Spidey’s Underoos, while similar to his suit in Homecoming, is actually black and red. It also has different panels on the side and yet another revamped logo.

More details in HQ of the new suit. #SpiderManFarFromHome pic.twitter.com/dHqGQvusrm

Oh, yeah, did I say this is fourth iteration of Tom Holland’s Spider-Man suit? My bad. I meant fifth.