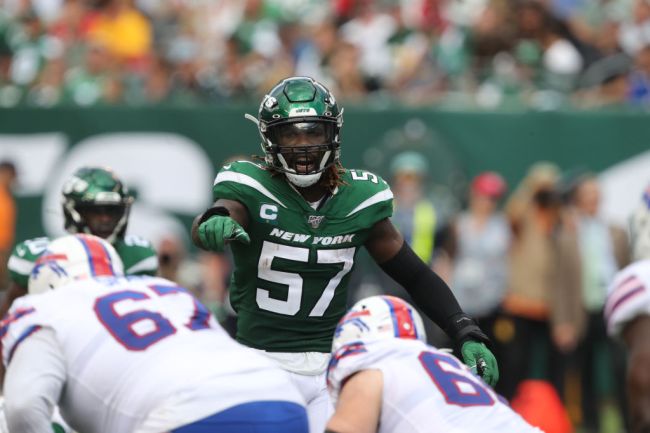 It has been quite some time since football fans have seen the New York Jets in the NFL playoffs. In fact, it’s been a while since the Jets have even given their fans a reason to hope that they had a chance at making the playoffs.

However, those struggles haven’t deterred one Jets linebacker. Speaking at a football camp, C.J. Mosley revealed that he believes the playoffs are a “realistic goal” for the Jets next season.

“I’m really expecting playoffs or bust. Obviously, that’s my goal every year, but I think it’s something that’s a realistic goal for our entire team and our coaches.” – CJ Mosleyhttps://t.co/oEP7J8iOPS

The Jets will have their work cut out for them to make this the year they break their streak of playoff absences. The AFC really loaded itself up with talent this offseason and the Jets’ schedule doesn’t do them any favors.

That is an absolutely brutal way to start the season for a team coming off of winning 4 games in 2021 whose quarterback is heading into year 2 after struggling badly in year 1.

Sure, it’s possible that Zach Wilson could show major improvements right off the bat next season and the Jets could overcome their tough schedule, but it’s hard to see the playoffs being a “realistic goal”.

The Jets should probably start with aiming to not draft in the top 5 for the 5th time in 6 years and work their way up from there.