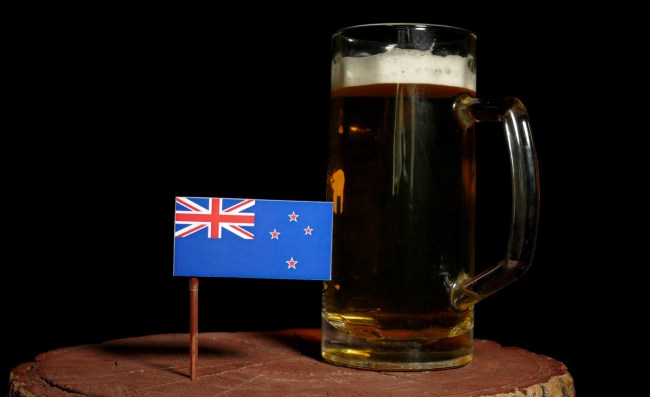 There are plenty of perks that come with living in New York City, and if you are what I like to refer to as a “drinking enthusiast” (and what many medical professionals would refer to as “someone with a drinking problem”), there are no shortage of options when it comes to finding a watering hole.

However, there are also plenty of downsides, like the price tag that comes with patronizing basically any of these establishments, as most people get sticker shock when they first arrive and discover $12 cocktails are the norm and spending less than $5 on a High Life at happy hour is considered a steal. You’ll eventually be forced to accept this reality, but that doesn’t mean you have to be happy about it.

A few months ago, we were all forced to accept a new reality when COVID-19 took the world by storm, and as a longtime and extremely regular patron of businesses that serve alcohol, I was a bit lost after suddenly not being able to go to a bar for the first time since I had a fake ID hidden in the sole of a knockoff Nike sneaker shipped to me from China when I was in college.

Luckily, some bars continued to serve drinks to go and the game was truly changed when restaurants were allowed to start delivering booze with food orders, and in recent weeks, more and more places have begun to sell beer and cocktails conveniently served up in a plastic cup with a straw that made (technically illegal) bar crawls a thing again.

It appears I’m still a long way away from being able to post up inside a bar but the same cannot be said for the people of New Zealand, which took a hydraulic press to the coronavirus curve and flattened it all the way down, as health officials announced on Monday that the country had zero confirmed cases for the first time since the pandemic started.

As a result, the government decided to lift virtually all restrictions it had put in place to combat the disease by moving to its Level 1 phase, allowing people to once again live life as normally as possible during these strange, strange times.

While people were permitted to gather in certain businesses when the country transitioned to Level 2 last month, there were still strict social distancing guidelines in place but they went out the window just before midnight on Monday night and patrons at one bar in Wellington decided to celebrate accordingly.

CCTV from a bar in Wellington at midnight yesterday when New Zealand entered Alert Level 1 and all social distancing requirements ended 🥳 pic.twitter.com/w8B48mpXLh

I’m not jealous. Nope. Not one bit.