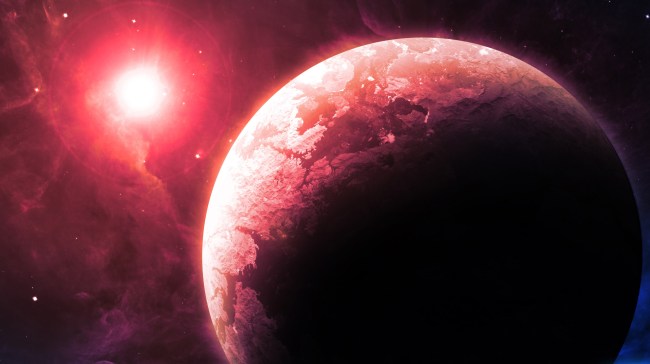 We may not be sending men to the moon anymore, but don’t sleep on the United States space program. Astronomers and scientists have been hard at work looking for a new place that we humans can call home at some point in the future.

As a result of their efforts, last month they came across two newly-discovered, possibly habitable planets are “only” 12.5 light years from Earth.

Scientists found the world, which they’ve dubbed LTT 1445Ab, in data gathered by NASA’s Transiting Exoplanet Survey Satellite (TESS). LTT 1445Ab orbits just one of the three stars, all of which are red dwarfs in the latter half of their lives, and the system is about 22.5 light-years away from Earth.

“If you’re standing on the surface of that planet, there are three suns in the sky, but two of them are pretty far away and small-looking,” co-author Jennifer Winters, an astronomer at the Harvard-Smithsonian Center for Astrophysics, told New Scientist. “They’re like two red, ominous eyes in the sky.”

From the TESS data, the scientists believe the planet is rocky, about a third larger than Earth and is at most about 8 times as massive as our home. It’s awfully toasty on the surface — 320 degrees Fahrenheit (160 degrees Celsius) — and the planet circles one star of the triplet every 5 days.

Cool, right? That’s not even the most interesting part. 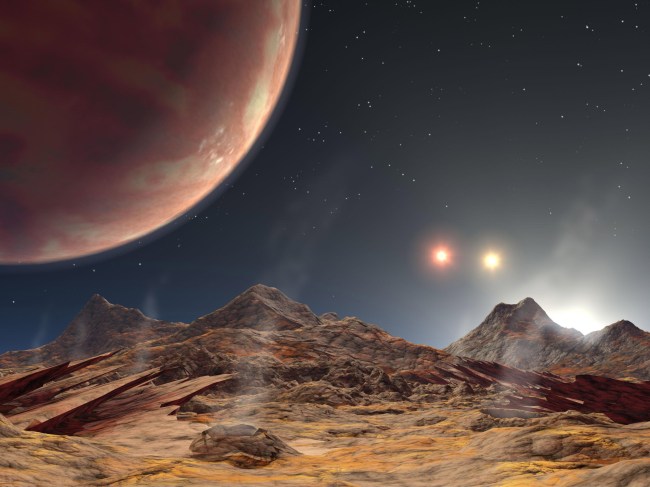 …what’s particularly special about it is something that scientists can’t yet, but may soon be able to, characterize: its atmosphere. Because the stars in question are red dwarfs that are located reasonably close to Earth, and because the system is arranged so that the planet passes between stars and Earth, scientists may actually be able to get a glimpse of any gases surrounding the planet using telescopes based on Earth.

“It’s the best place that we know of so far to look for signs of life in an atmosphere,” team member Dr. Winters told New Scientist. “We don’t know yet if there’s an atmosphere, and it may be too hot for life, but we’re hopeful because this is our best chance so far.”

A planet with three suns that might be home to aliens? Now we definitely need to raid Area 51. I bet they have a spacecraft there that can transport us to this new planet in no time.