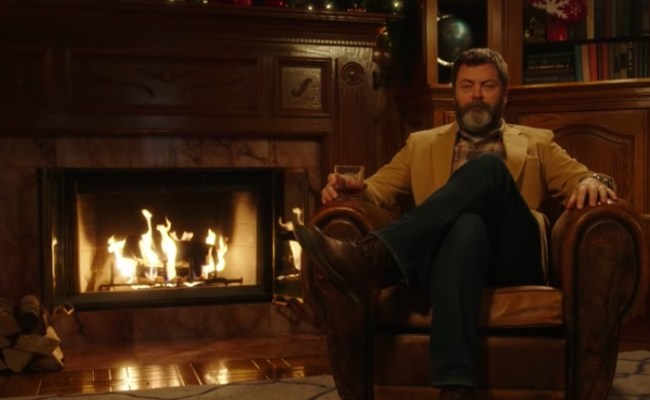 The end of Thanksgiving might have technically marked the beginning of the holiday season, but now that December has begun, it’s officially time to get your Christmas on in as many ways as possible.

I’m lucky enough to live in New York City, a place that’s home to a number of storied holiday traditions, my favorite of which is watching drunk dudes in sleeveless Santa suits lay waste to unsuspecting neighborhoods in the name of holiday cheer.

However, sometimes you just want to chill at home and flip on the Hallmark Channel to watch one of the five movies where the actor who played Gretchen Wieners in Mean Girls portrays a career-focused businesswoman who finds love in a place she never would have expected.

Is it really a guilty pleasure when you don’t feel guilty at all?

With that said, there are some nights where I can’t commit to trying to unpack the notoriously dense and complex plots of the network’s signature films.

Sometimes, there’s nothing more enjoyable than chilling by the fireplace and sipping on some spiked hot chocolate. Unfortunately, I’ve yet to come across a studio apartment with a functioning hearth.

Thankfully, I have the best next thing in the form of virtual yule logs.

For reasons I don’t entirely understand, Netflix has multiple options for people who are looking to watch wood burn for an extended period of time without any of the traditional benefits.

However, none of them come close to measuring up to what is indisputably the G.O.A.T. yule log video.

Nick Offerman ground it out in the acting world for decades before landing a breakout role in Parks and Recreation as Ron Swanson, a show where he basically got to play himself.

Swanson had an affinity for single malts and so does Offerman, who teamed up with Lagavulin a few years ago to do nothing but sit next to a fireplace and drink scotch for 45 minutes.

It’s the one and only video I turn to when I’m yule-logging, and if you haven’t added it to your list of Christmas traditions, I suggest you rectify that mistakes as soon as possible.

Forget The Masters. This is a tradition unlike any other.