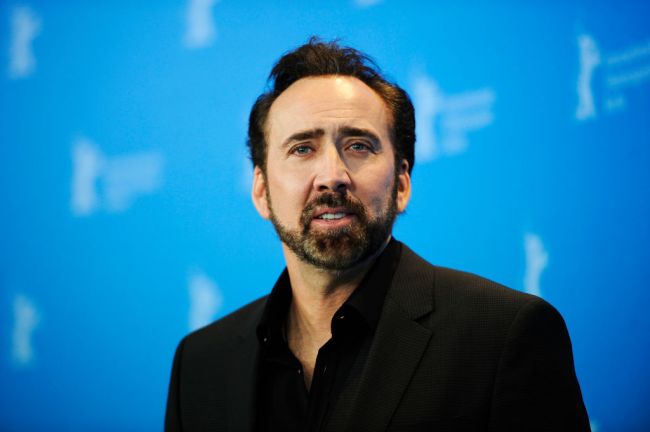 Nicolas Cage being well and truly #back is one of the few pure things we have left in this broken world of ours. After spending the better part of the last 15 or so years churning out an endless slew of B-movies — some great, some okay, and some terrible — the former Academy Award winner now finds himself back in the mainstream thanks to a career-highlight performance in Pig.

Cage’s newfound hot streak is really just getting started, too, as he’s set to star as HIMSELF in The Unbearable Weight of Massive Talent alongside The Mandalorian himself Pedro Pascal, which will then be followed up with a starring role as Dracula in Universal’s big-budget monster film Renfield.

All that said, if you’ve learned anything about Cage over the last 30 years, it’s that he will always be unapologetically himself, regardless of how popular he is or isn’t at the time. And that’s why he’s accrued such a cult status over the years: people respect authenticity.

Thanks to Cage’s undying authenticity, we now know that he owns a pet crow that shit talks him on the regular.

He also cares about his cat, Merlin, a 4-year-old Maine Coon, that Cage more than once calls his “best friend.” He cares about his two grown sons, Weston and Kal-El. He has two other animals, a cat named Teegra, who apparently doesn’t mind that he rates second to Merlin (“He doesn’t give a shit”) and a crow, Hoogan, who lives in a geodesic dome at Cage’s home in Las Vegas.

“He has taken to calling me names … it’s comical, at least, it is to me,” Cage says. “When I leave the room, he’ll say, ‘Bye,’ and then go, ‘Ass.’” Cage laughs. “Crows are very intelligent. And I like their appearance, the Edgar Allan Poe aspect. I like the goth element. I am a goth.” [via The Los Angeles Times]

As mentioned above, The Unbearable Weight of Massive Talent will hit theaters this Spring on Friday, April 22. In addition to Cage and Pascal, the film also stars Tiffany Haddish and Neil Patrick Harris. It’s easily one of my most anticipated movies of the next few months.