Nicolas Cage Does Jiu Jitsu, Swordfights With Aliens In The Greatest Movie Trailer Of 2020 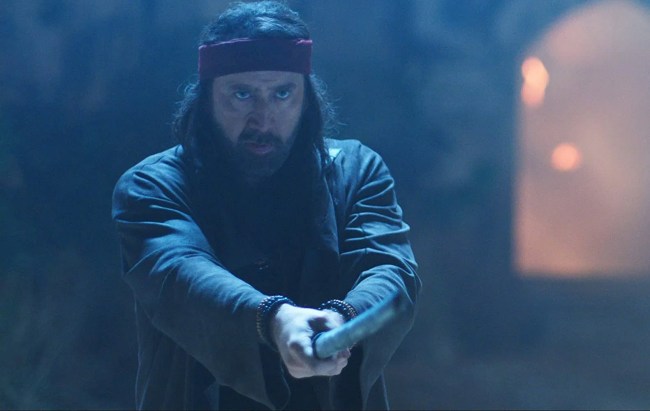 Attention everyone in the movie industry: just shut it down. Don’t bother creating trailers for your movies. They will only pale in comparison to the trailer for Nicolas Cage’s latest theatrical masterpiece Jiu Jitsu.

“There’s no honor in killing crazy.” (Yes, Cage actually says that in the trailer.)

“After we successfully reintroduced the Kickboxer franchise to a new generation of martial arts fans with the sixth and seventh entries in the series, we set out to up the ante with a Sci Fi Martial Arts franchise that could bring the same kind of intensity and longevity to a new arena,” said Logothetis. “Jiu Jitsu is guaranteed to satisfy the millions of martial arts and science fiction lovers across the globe with world class martial artists, stunt men go-to expert Alain Moussi joining superstar Nicolas Cage for some formidable, no holds barred fight sequences set in exotic Burma.”

Oh, it’s guaranteed to do something alright. Jiu Jitsu looks like someone threw Thor, Iron Man, Predator, Jackie Chan, Jean Claude Van Damme, Nic Cage, and Lego Ninjago into a blender and this is what was poured out.

Yep, it looks that damn good. Check it…