Good News Everyone — Nicolas Cage Plans On Acting Until He Drops Dead! 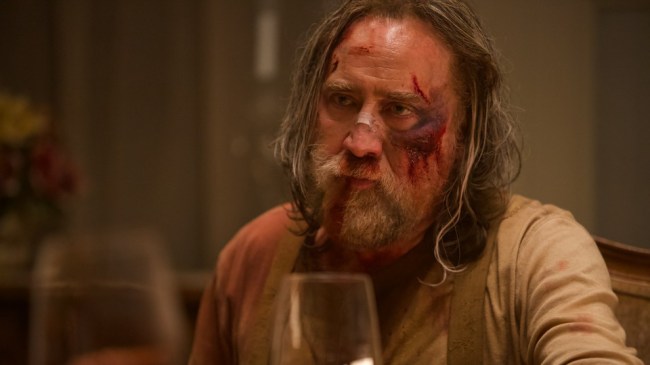 As is tradition every time I write about Nicolas Cage, I begin the article by reminding everyone that he is, in fact, an Academy Award-winning performer, having taken home the Oscar for Best Actor for his work in Leaving Las Vegas back in 1996.

Given that it’s now been a quarter-century since then, combined with the cartoon-esque persona Cage has adopted in that timespan and the untethered insanity of his filmography, making sure that everyone knows he’s a legitimately talented actor feels as though it’s part of my duty as an entertainment writer. You can mock Nicolas Cage all you want, be my guest, but kindly do so knowing that buried underneath all of the zaniness is a man who knows how to act.

And if you do fancy yourself a fan of Cage’s acting then BOY do I have good news for you: during a recent interview with Entertainment Weekly, Cage revealed that he literally “never going to retire.” Now, usually, this sort of claim would be laughed off as absurd, but given that Nic Cage is the one saying it, it’s entirely believable.

“To do what I do in cinema has been like a guardian angel for me, and I need it. I’m healthier when I’m working, I need a positive place to express my life experience, and filmmaking has given me that. So I’m never going to retire,” Cage told Entertainment Weekly.

“Where are we now, 117 movies? [Laughs] What’s funny is, my argument with people who go, “You work too much,” was “I like working, and it’s healthy, I’m happy when I’m working, and by the way, guys like Cagney and Bogart, they were doing hundreds of movies.”

RELATED: I Am Here To Confirm That The Rumors Are True — Nicolas Cage’s ‘Pig’ Is An Excellent, Beautiful Film

Cage’s latest film, the decently reviewed Prisoners of the Ghostland (which currently has a 72% critics score on Rotten Tomatoes), hit theaters and video-on-demand TODAY, Friday, September 17. Cage himself says is the “wildest movie he’s ever made,” which is REALLY sayin’ something.