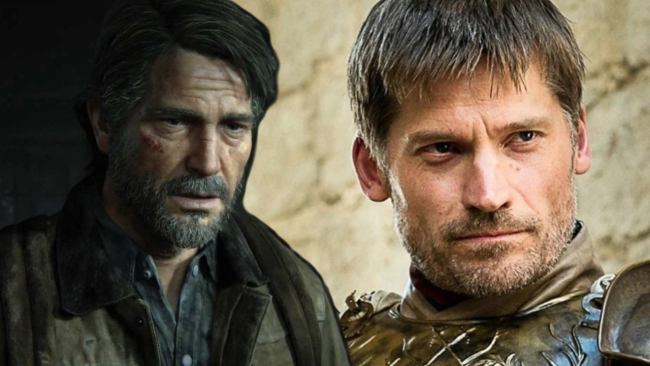 WOOOOOOOW. Wow! Wow. You know how when you learn a word for the first time, and then, despite never having heard the word before, you hear it again a few days later? That’s sort of how I feel about Nikolaj Coster-Waldau playing Joel Miller in HBO’s upcoming The Last of Us series: it wasn’t something I’d previously thought of, but now that I have, it’s all I can see. Look at that resemblance! And we certainly known Coster-Waldau has the acting chops to portray a grieving father figure.

The reason that fans have this sudden interest in Coster-Waldau playing Joel Miller is that during an AMA on Reddit earlier this week, the former Game of Thrones actor gave a very, very cryptic answer when asked if he was going to star in the series.

“Are you going to play Joel Miller in The Last of Us show? I remember lots of people thinking you’d be the perfect cast for him,” the Redditor asked.

Coster-Waldau then essentially ignores the question completely, responding by simply saying “I just got part 2. What a great game.”

Now, what makes this more than your standard run-of-the-mill rumor is the fact that HBO FAMOUSLY likes to keep talent in house, i.e., if you’ve starred in one of their projects, you’re likely to star in another. Off the top of my head, take Emmy and Oscar winner Regina King, who’s starred in two HBO series — The Leftovers and Watchmen — over the course of the last few years.

Given his resemblance to the character, age profile, leading-man acting chops, and relationship with HBO, it goes without saying that Coster-Waldau as Joel Miller would be a home run for a selection for The Last of Us, which is shaping up to be the greatest video game adaptation of all-time.

The Last of Us, which is currently in production, is being helmed by Craig Mazin, the creator of HBO’s Chernobyl series, and Neil Druckmann, the writer and creative director for The Last of Us at Naughty Dog. At this time, the series has no official release date, so fingers crossed it drops sometime in the back-half of 2021.