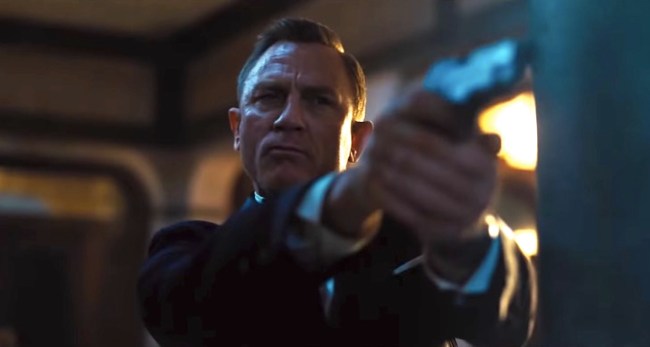 YES! People, we’ve made it — we’re finally here. After five to six months of complete and utter bullshit, the movie industry is finally beginning to return, as Tenet is set to hit theaters this weekend before a bevy of other blockbusters, such as No Time To Die, will release in the coming weeks.

Marking Daniel Craig’s final outing as the legendary 007, No Time To Die will be Craig’s fifth time in the role, and by the looks of this latest trailer, the franchise has saved the best for last, especially when compared to the previous entry in the franchise, Spectre, which was just painstakingly average. Plus, this one has Ana de Armas, which automatically already makes it better than its predecessor. Sorry, those are just the rules — I don’t make ’em, I simply enforce them.

No Time To Die wasn’t the only massive tentpole film to be delayed to this fall, as Christopher Nolan’s Tenet, which was set to “re-open” movie theaters, was pushed back from July 17 to September 4. Similarly, Wonder Woman 1984 — which was originally set to be released on June 5 and was delayed until August 14 — will now drop on October 2. There’s also Marvel Studios Black Widow, which shifted release dates from May to November. Additionally, Godzilla vs. Kong and Matrix 4 have also been delayed.