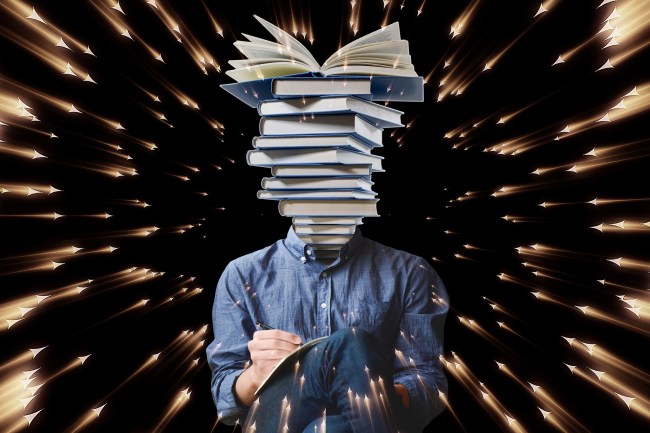 The #NobelPrize committee couldn't reach Paul Milgrom to share the news that he won, so his fellow winner and neighbor Robert Wilson knocked on his door in the middle of the night. pic.twitter.com/MvhxZcgutZ

“They’re trying to reach you but they don’t have a number for you.”

“We gave them your cell phone number.”

Holy cow, guys. Show us something. Give the people what they want! Maybe a little midnight jig? Quietly pop a bottle of champagne and clink your glasses? Anything would be better than this tepid package thief knockoff scene. The Nobel Prize is a BIG DEAL. It’s the Heismann for smart people. Oh, and it just so happens to come with a decent little check:

American economists Paul Milgrom and Robert Wilson have been awarded the 2020 Nobel Prize in economics for their contributions to auction theory, the Royal Swedish Academy of Sciences said on Monday.

Milgrom and Wilson, who are both professors at Stanford University in California, were recognized for theoretical discoveries that improved how auctions work. According to the Royal Swedish Academy of Sciences, they also designed auction formats for goods and services that are difficult to sell in a traditional way, such as radio frequencies.

When Robert Wilson rang Paul Milgrom's doorbell at 2:15 this morning, Milgrom's wife, who's in Stockholm, received a security-camera notification on her phone. She got to watch live as Wilson told Milgrom he'd won the #NobelPrize.

2:15AM? Probably could have waited, no? Poor Paul. Guy must have been terrified. When you’re that age and someone rings your doorbell at 2AM, it’s only ever to find out that one of your children has stolen a cop car and is currently racing through the streets on PCP, or you’ve won the Noble Prize for Economics. Fortunately for Paul, it was the latter.

I don’t know anything about the Nobel selection process, but you’d have thought they’d be waiting to hear? Paul’s wife is eating smoked herring in Sweden while this guy sleeps peacefully at home, no thought in his mind that at any second, he could win the most prestigious award in research/academia? Must be nice.

Congrats, Paul. Hope you guys went out to Cheesecake Factory at the very least.