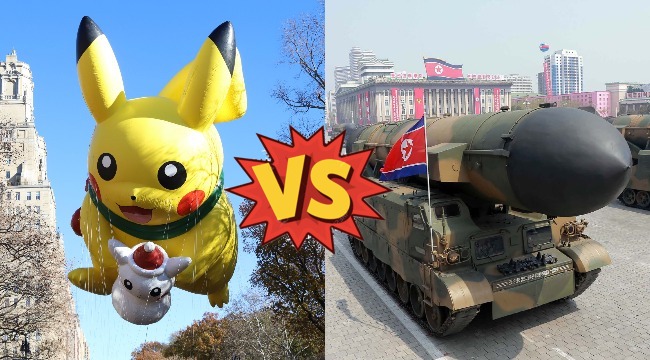 Not typically one to spill the tea ladies, but North Korea just put on one of the most adorable ballistic missile parades you’ll likely see all year—complete with synchronized routines by costumed performers, rifle juggling, and a fireworks display that could decimate an entire continent.

North Korea displayed what appeared to be a new submarine-launched ballistic missile at a parade, state media reported. It brought to an end more than a week of political meeting in the country https://t.co/U1NqnxYzQ0 pic.twitter.com/q3bqZBgg1X

As America struggles to keep its foothold as a superpower in the world, we must always take inventory of the advancements of both friend and foe, so allow me to rank how North Korea’s Bedazzled Ballistic Missiles Parade this week stacks up against the motherload of all American parades: The annual Macy’s Thanksgiving Day Parade.

If the North Koreans are anything, they’re disciplined. It’s inspiring how each parader moves in graceful lockstep, a mesmerizing feat that can only be achieved through incessant practice and the threat of an instant execution.

Meanwhile in America, the Macy’s Day Parade grapples with its unifying theme, rolling out conflicting floats that demonstrates not just a lack of organization, but a lack of conviction. 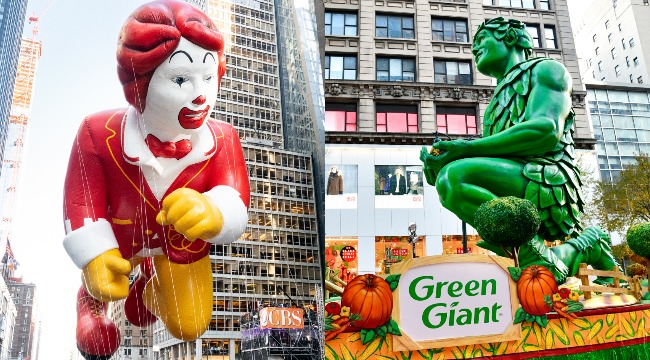 Get busy living or get busy dying. Pick your float. 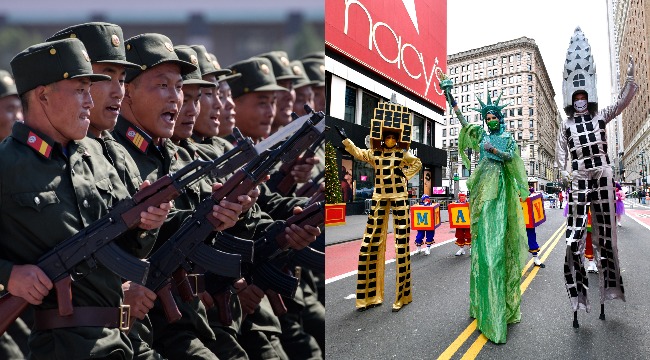 Much like season 8 of Game of Thrones, it is quite clear that the North Korean parade planners are spinning their tank wheels creatively, with each successive parade showcasing a slightly-newer version of the same tired existential threat.

Hey North Korea, if I wanted to see another massive oblong object capable of rendering me obsolete I’d peek in my wife’s underwear drawer.

Meanwhile, in America, it’s impossible to predict which vaguely-familiar consumer brand’s float Jimmy Fallon is going to get blackout drunk on. 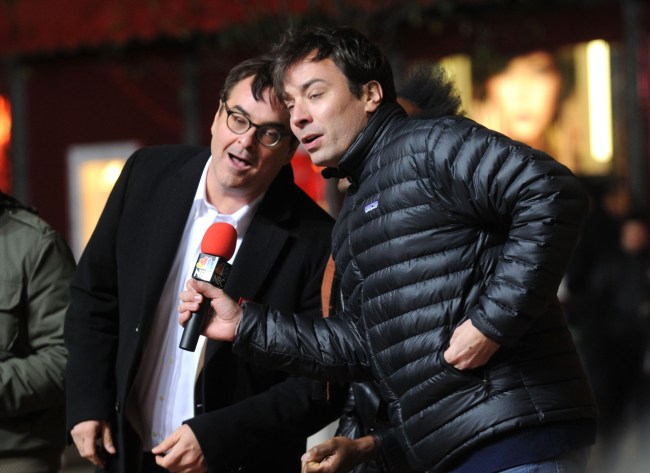 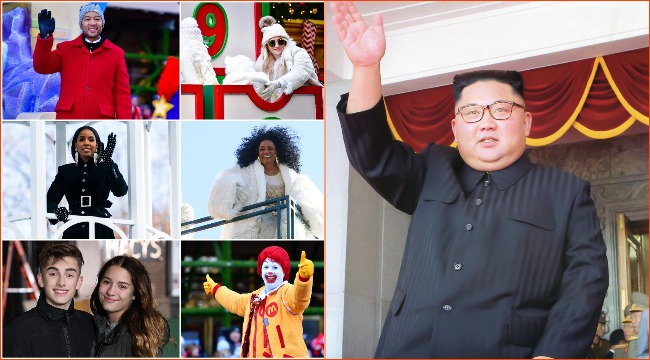 Influencers are essential to a successful parade campaign not only because they can bring the conversation online but because the recipe for must-watch television is Ashlee Simpson rolling slowly down 6th Ave in a New York Life Insurance float hauled by a Toyota Tundra.

North Korea is at a severe disadvantage on the social front due to its people not having access to the internet or autonomy over themselves.

While the Macy’s Thanksgiving Day parade finale varies year-to-year, it typically consists of a Sesame Street character singing with the Barenaked Ladies under a Boss Baby balloon while New Yorkers piss themselves in diapers on the side of the road and Al Roker tries to pretend like he wouldn’t rather be literally anywhere else.

I just want everyone to know we’re enjoying all your barenaked ladies jokes three hours later in my living room. Happy Thanksgiving! pic.twitter.com/idpqYbt9F7

North Korea’s Bedazzled Ballistics Missile Parade climaxes when the weapons are rolled out for the eleventh time while spectators discreetly beg their neighbor for a piece of bread. Not as colorful, but flare has no role in the presence of nuclear weapons. That’s a power that an oxygen-filled Ronald McDonald cannot deliver.

OVERALL: While I’d still give the edge to America’s Macy’s Thanksgiving Day Parade, I can’t really say until I’m in the presence of both. Does anyone know the airport in Pyongyang? It’s not populating on Expedia.