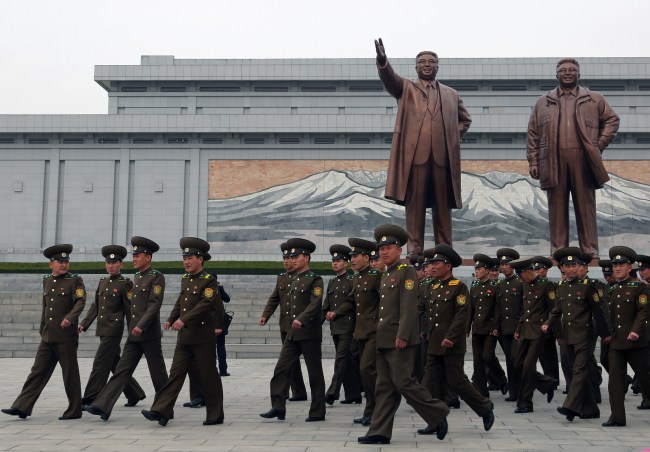 Aside from remote tribes in South America and throughout the undeveloped world that are cut off from the modern world as we know it, North Korea is the most secluded place on the planet. Not because of its geography but because their Dear Supreme Leader™ wants it that way.

As Americans, we cannot visit North Korea. The North Koreans won’t allow it and our country doesn’t want us there either. If we are caught in North Korea pretending to be Canadian then there’s a solid chance we end up in a slave labor workcamp for life, and that life sentence might only be a few years long because the conditions are so atrocious. Despite Trump and Kim Jong-Un being BFFLs these days, the animosity that North Koreans feel towards Americans hasn’t changed in the slightest bit.

This means that most of the things we learn about North Korea are from foreign documentaries with Aussies, Canadians, and Britons showing us what life is like in the most walled-off place on the planet, a country where the citizens literally believe their supreme leader doesn’t poop and that he was born under a unicorn or some shit like that.

YouTuber Simon Wilson was granted access to film in Pyongyang recently and the camera was rolling as he toured North Korea’s waterpark. What exactly goes down at a N.K.waterpark? Are the rides as bitchin’ as they are at the Atlantis Resort and Casino? Who is even allowed to visit a North Korean waterpark when everyone works 7 days a week?

He attempts to pull back the curtain a little and show us what life is like at this bizarre place.

What always bugs me out about these North Korean clips is how desolate the nicest attractions are. As he’s entering the park and walking through the hallways the only people you see are guards because they clearly want to keep him as sequestered as possible from the N.K. citizens. Of course, that all changes when he hits the water park itself.

“Oh my god, look how big this place is” he proclaims as the camera pans to a pool and some slides, an overall park that’s small enough that you’d find it at an R.V. Park or camping ground here in America.

It is nicer than I’d ever expect for North Korea but then again I’d never expected them to have a waterpark at all. It’s not like it’s warm year-round in N.K. and I’m certain they’re pretty stingy when it comes to using electricity to heat the pools.

This was just one of the videos he was able to film in North Korea. He also snapped this clip of flying Business Class on North Korea’s 1-Star Airline. There was this trip to a N.K. beach that tourists can’t even visit. And the 24-hour train ride to North Korea. Check ’em out!